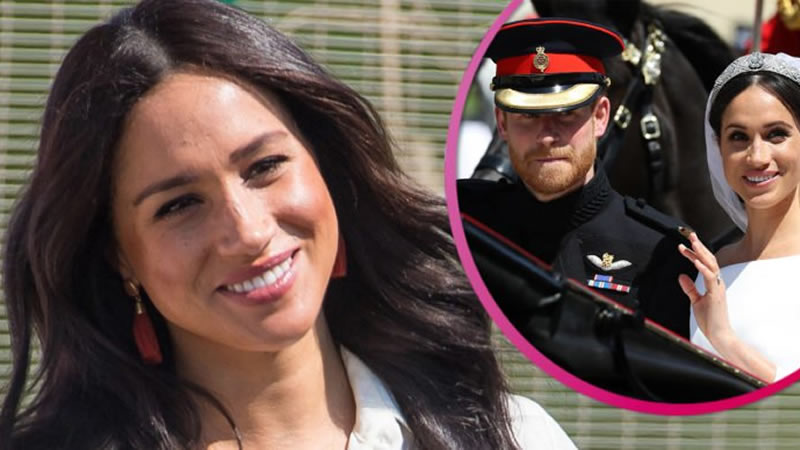 The Duchess of Sussex may be headed back to the United Kingdom for the first time since her royal exit for her daughter Lilibet Diana‘s christening. Meghan’s husband, Prince Harry, reportedly made these “intentions clear” during his latest visit to the UK, according to the Daily Mail.

Prince Harry, 36, visited London recently alongside his brother, Prince William, to attend a tribute ceremony in honor of their late mother, Princess Diana. The Princess of Wales’ statue unveiling, which took place on July 1, marked the first time the Duke of Sussex reunited with his brother since the pair attended their grandfather Prince Philip’s funeral in April 2021.

Prior to the Duke of Edinburgh’s funeral, Harry and William had not seen each other in person for just over a year after the Sussexes’ move to Montecito, California. Meghan, meanwhile, has yet to return to the UK following her and Harry’s royal exit—but that’s most likely about to change.

According to a source who spoke to the Daily Mail following the Duke of Sussex’s latest trip to the UK, during his visit, “Harry told several people that they want to have Lili christened in Windsor, just like her brother.” The insider noted that Meghan and Harry “are happy to wait until circumstances allow.”Harry And Meghan’s First Year in the USAPrince Harry and Meghan Markle had quite the year. They left England and the royal family and moved to America.

Meghan Markle & Prince Harry Are Making Plans to Visit the UK for the First Time Since Their Royal Exit Nearly a year after announcing their royal exit, plans for Meghan Markle and Prince Harry’s return to the UK for the Queen’s birthday are reportedly well underway—but they still depend on whether it’s safe to travel by then. On January 10, the Sunday Times revealed that the Duke and Duchess of Sussex received invites to attend Queen Elizabeth II’s 95th birthday in June, which is typically celebrated with the UK’s annual Trooping the Colour parade.

If they end up attending, the event would not only mark the first national celebration since the UK entered lockdown—it may also turn out to be Meghan and Harry’s first trip back to the UK since moving to America following their royal exit in April 2020. Given the current state of health and travel restrictions, however, insiders say that the royal family is prepared to make changes to the event.

Currently, visitors from the United States are subject to certain travel requirements which may prevent UK nationals holding a US visa (such as Prince Harry) from returning to the US if restrictions are in place upon re-entry. So, the matter of when Lilibet’s christening may take place remains unclear. But when it does, it’s likely that it will be a private event, not unlike Lili’s older brother Archie’s christening which took place at Windsor Castle in July 2019, two months after his birth in May 2019.

The Sussexes and the royal family shared the news of Archie’s christening with a family photo and announcement at the time, which read, “The Duke and Duchess of Sussex are so happy to share the joy of this day with members of the public who have been incredibly supportive since the birth of their son. They thank you for your kindness in welcoming their firstborn and celebrating this special moment. Their Royal Highnesses feel fortunate to have enjoyed this day with family and the godparents of Archie.”