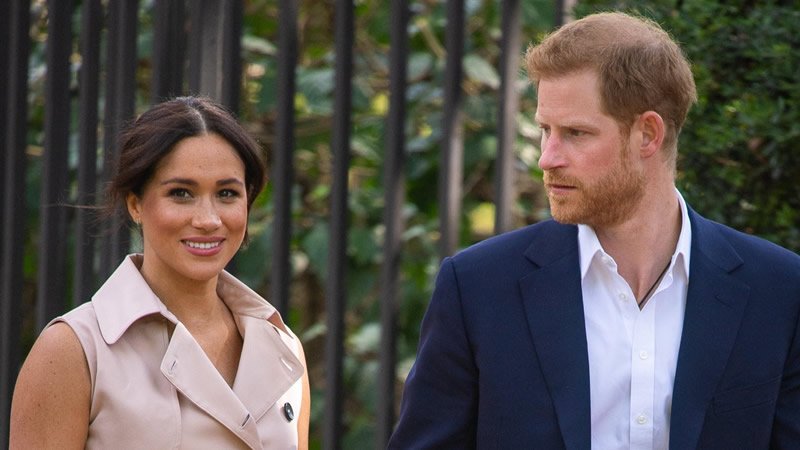 According to the tabloid’s source, Markle and Prince Harry’s children could be the thing to soothe tensions and bring the Sussexes and Cambridges back together. The insider mused, “Kate loves children and regardless of the bad blood between her and Meghan, she would forgive it all in a heartbeat if she got to spend more time with darling Archie and this apparent new niece or nephew.”

But the source insisted Markle had “explicitly told Harry… that neither Archie nor their next baby will ever see their English relatives again.” The insider insisted Harry was hurt by the news but wasn’t going to speak up and risk Markle’s wrath. “Deep down he must be heartbroken to know his kids won’t have the same upbringing as Kate and William’s kids,” the source added, “The real victims though, Kate says, are Archie and Meghan and Harry’s next child.”

So, is it true Markle had plans to keep her kids away from the royals? Of course not. Markle did have a baby girl, Lilibet, in early June of this year, but that means she would have gotten pregnant sometime in August of last year at the very earliest, a month AFTER this report was published. The tabloid went on and on about how Markle would never let the royals meet her unborn child, while Markle was not expecting at the time.

Furthermore, Markle has issued no such ban. In fact, shortly after Lilibet’s birth, Markle introduced her to the queen via video call. There have also been multiple reports insisting Markle and Middleton have been on good terms since Lili was born, and are on the path to mending their relationship. It’s also worth mentioning that Markle insists her relationship with Middleton was seriously damaged by tabloid gossip like this.

And, interestingly, there have been whispers that Markle and Harry could be planning to have Lili’s christening in the UK, which casts doubt on the tabloid’s claim that her children will never be anywhere near their royal family again. This was obviously just another attempt to demonize Markle. Throughout the entire report, the royal rift is painted as solely Markle’s fault. And Harry is painted as the submissive husband, bending to his wife’s will even though he disagrees with her.

Say what you will about the Sussexes, but even their staunchest critics have to admit that this report is misleading. This is far from the first time we’ve caught Woman’s Day lying about the Sussexes. Earlier this year, the magazine claimed Harry and Markle were “broke and desperate.” Then, just last month, the outlet alleged Markle was “begging” Harry not to go to the UK.

The tabloid even alleged Harry had a “secret” meeting with an old flame while in London. All of these stories were easily debunked, making it clear Woman’s Day is no authority on Meghan Markle and Prince Harry. – gossipcop