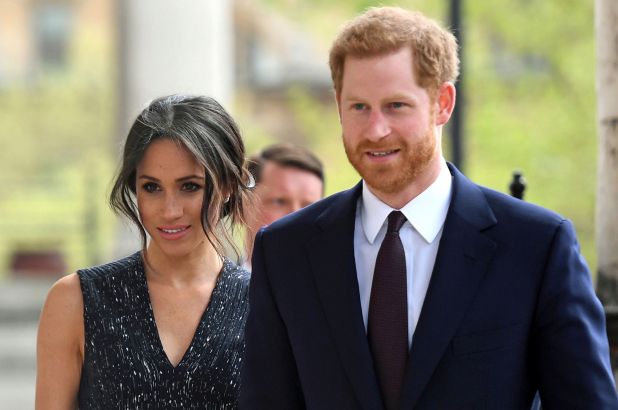 Everybody would love to get a freebie, but not everyone gets them like Meghan Markle and Prince Harry.

Since their relationship began and made public, the Duke and Duchess of Sussex have been lavished with expensive gifts and freebies, which summed up to almost $4.6 million. These are thanks to their powerful supporters.

This was revealed in their new biography, “Finding Freedom,” written by Sussex cheerleaders Omid Scobie and Carolyn Durand.

It has been claimed that numerous generous benefactors have arranged private jets for Meghan Markle and Prince Harry, including loaned mansions, and even offered luxury accommodations.

“As a celebrity and influencer, Meghan was regularly offered free holidays, travel discounts, and the like.”

Thanks to their high-profile status, the couple has been given numerous discounts on several hotel room rates.

As per the book, the 39-year-old former actress was offered a heavily discounted hotel room for her first date with Prince Harry in July 2016 at Soho House in Central London. The room reportedly cost $535, but Markle’s friend, Markus Anderson, owns the trendy hotel.

While the couple was just on their first few dates, Anderson reportedly gave them a private four-bedroom cottage and even arranged a secluded weekend getaway for $6,100.

The former TV host reportedly paid for Markle’s private jet from Toronto, where she was shooting for “Suits” to London so she could go on a date with Prince Harry. The jet rental was said to have cost Mulroney $65,000.

“Jessica arranged for her to use the private jet of the Canadian real-estate power couple Krystal Koo and Michael Cooper, who are long-time friends of Jessica’s.”

For a romantic vacation in the Arctic Circle, Norwegian adventure guide Inge Solheim had given Meghan Markle and Prince Harry a cabin in Tromsö, which is at the tip of Norway.

“There, Harry and Meghan enjoyed seven days of dog-sledding, whale-watching, dining on local delicacies, snuggling to watch as the aurora borealis lit up the skies.”

A seven-night stay in the luxurious hotel cost them $4,608. Business-class flights to Tromsö is estimated to be around $2,000. It wasn’t mentioned in “Finding Freedom” if the Sussexes paid for these.

For Meghan Markle and Prince Harry’s royal wedding in May 2018, Diptyque gave St. George’s Chapel some Baies diffusers. There were reports before that the Duchess of Sussex didn’t like how the chapel smelled, so perhaps word got out to one of the world’s luxurious candles and scent suppliers.

Each diffuser reportedly cost $170 each. However, it was unclear if they gave it to the couple for free.

After their royal wedding, Meghan Markle and Prince Harry enjoyed some downtime with A-list actor George Clooney and his wife, Amal, at their home in Lake Como.

According to the book, Clooney arranged a private flight for the Duke and Duchess of Sussex, which he had paid for. It cost him $17,300.

During the success of Meghan Markle and Prince Harry’s tour in Australia in October 2018, a real-estate billionaire loaned his home for an intimate and “completely secret evening with a five-course meal prepared by a private chef.” They had a double date with Jessica Mulroney and her husband, Ben.

It cost the real-estate mogul $4,608, which for sure he paid for from his pocket.

Meghan Markle’s baby shower made headlines because everything cost an estimated $439,335, not to mention the penthouse suite was rented for $74,610 a night.

According to reports, the baby shower was a gift from her friends, including Serena Williams.

Along with their son Archie, the couple also enjoyed a trip in Elton John’s private plane from Ibiza to his home in France in 2019. According to reports, the singer paid for their private ride and accommodation.

Prince Harry also flew to an event in Sicily, and it was reported that Camp Google flew him via a private jet and paid for it.

The cost for one night at the resort he stayed in was $609. A one-way flight to Palermo in business class is estimated to be around $598, and a trip back to London amounted to $13,000.

“The tech giant footed the bill for everything.”

After announcing that they were stepping down as royals, Meghan Markle and Prince Harry jetted off to Vancouver Island. There, they stayed in a mansion that would’ve cost them $19,635 a month. But thanks to David Foster, they lived there for free.

Even after stepping down, they were still given freebies. After officially quitting the royal life, the Duke and Duchess of Sussex stayed in producer Tyler Perry’s $18 million mansion for free, thanks to Oprah Winfrey.

Health Tips for Working from Home

Prince William Says Diana Would Have Been a “Nightmare” Grandma