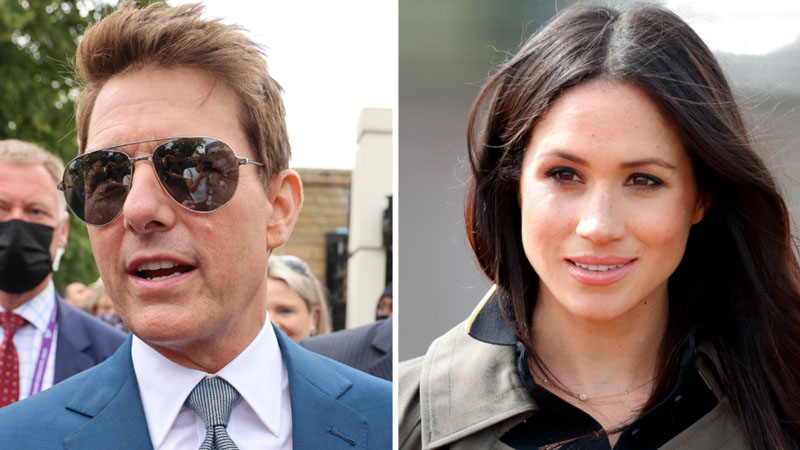 The most popular Hollywood superstar, Tom Cruise is allegedly hopeful to employ Meghan Markle to the Church of Scientology. The UK tabloids are creating rumors that the Mission Impossible actor needs the Duchess of Sussex to recruit with his debatable religion.

If rumors are true, so the point needs to be noted that Cruise has always dreamed of converting a member of the royal family to Scientology. The star approached Markle via Oprah Winfrey after knowing of her interest in spirituality.

Sunrise Royal Editor Rob Jobson said that despite the strange claims, there is no evidence that Cruise and Markle are in deliberations or have even met. “They’ve been circulating for some time,” he said of the rumors. “There were even claims that he was going to offer her a job in one of his movies”.

Jobson added: “There’s no real strong evidence to suggest that this is true.” “There are a lot of rumors about it, but so far nothing has been proven and it’s just something that has been circulating in the tabloids.”

According to Wikipedia, “Scientology is a set of religious beliefs created by science fiction writer L. Ron Hubbard in the 1950s. At the core of Scientology is a belief that each human has a reactive mind that responds to life’s traumas, clouding the analytic mind and keeping us from experiencing reality.

Members of the religion submit to a process called auditing to find the sources of this trauma, reliving those experiences in an attempt to neutralize them and reassert the primacy of the analytic mind, working toward a spiritual state called “clear.” Auditing purports to identify spiritual distress from a person’s current life and from past lives. Scientologists believe each person is an immortal being, a force that believers call a thetan.

“You move up the bridge to freedom by working toward being an ‘Operating Thetan,’ which at the highest level transcends material law,” says David Bromley, a professor of religious studies at Virginia Commonwealth University.

“You occasionally come across people in Scientology who say they can change the material world with their mind. Tom Cruise has long been a follower of the religion.

Camilla Upset With Queen Elizabeth For Choosing Kate Middleton Over Her