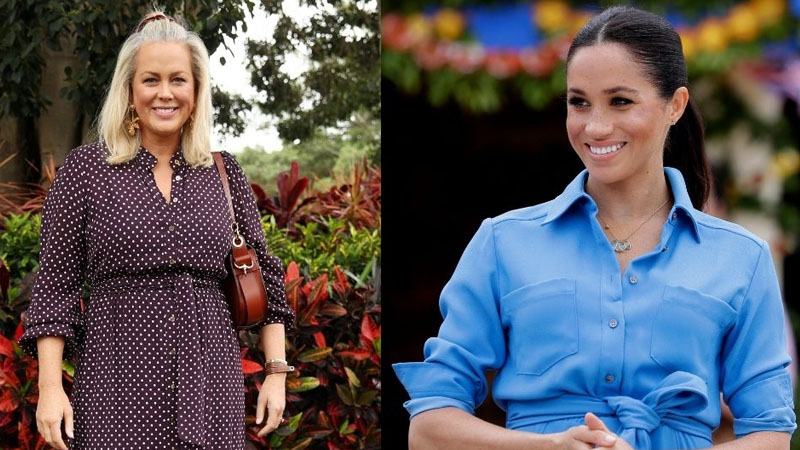 Samantha Armytage sent waves across the nation when she announced her shock departure from her longtime hosting gig at Sunrise earlier this year.

The former co-host left the breakfast TV show to “take a break” and to find some “peace and calm” away from the public eye.

“I go out of this job at a time of my own choosing and on top of the ratings, which not many people on television can say they do,” she said live on-air.

Since leaving the show, Sam has been living out her early retirement on her farm with husband Richard Lavender, but recently came under fire for publicly taking a dig at her Sunrise replacement, Natalie Barr.

Shortly after a live interview on The Kyle and Jackie O Show, where Sam was asked about her relationship with Natalie, she took to social media to take a swipe at the current host.

The response came after a clip of the interview was shared, where Sam was asked by radio host Jackie ‘O’ Henderson about Natalie’s previous claim that they weren’t friends outside the workplace.

“Yeah, well, look, I mean it’s better to be talked about than not, isn’t it in this life?” Sam responded.

“I thought everyone might forget about me when I was having my little sabbatical, but it seems they’re not, you know?” she added.

Sam’s tweet however was met with outrage as critics took to condemn her behaviour, and even compared her to the likes of Meghan Markle.

“Now we have bloody Sam megxit on the go. Grow up ACT your age and if you don’t like his horses go and do volunteer work somewhere,” one user wrote.

“For someone who wanted to step away and enjoy the quiet life for a while….. she certainly has a lot to still say……” said another.

A third penned: “This rubbish is on a par with William and Meghan.”

“Sam go look after your husband and the farm. Stop doing interviews and throwing mud,” said another user.

The comparison comes after Meghan and Prince Harry announced a similar step back last year, one away from their senior roles within royal family, and since then, have remained in the spotlight.

From bombshell tell-all interviews, to book releases and Netflix deals, Meghan and Harry have had the attention drawn on them since their infamous ‘Megxit’ from the royal family in 2020.

And, similarly to the reaction that Sam received, many critics have condemned Meghan for staying in the public eye despite wanting to keep a low-profile.

Just recently, the couple made an appearance in the form of an unseen clip from their Santa Barbara mansion, in promotion of a new documentary featuring Harry.

“So much for wanting privacy,” one user wrote when Meghan and Harry announced the new documentary, The Me You Can’t See.

“They wanted private life but there in it more now then before,” added another.

Similar comments follow the pair with any new project or public appearance they make, and now it seems Sam has fallen in the same boat.

Despite the heat, both Sam and Meghan both have strong supporters, who take to social media to praise their new projects and appearances.

“Live your life to the fullest my people time waits for no one haters are actually pushing you to higher levels,” a user said of Harry and Meghan.

“Go king Harry and Queen Meghan! Keep giving haters heart attacks every day they are dying in pain that God is opening all the doors for you guys! Keep shinning and progressing it shall always be well you and your little family,” another added.

“When do we get to see you on sky Sam, you can at least speak your mind over there, and we’d love to see you again,” a user wrote of Sam.

“Game of Thrones” star, Nathalie Emmanuel Breaks Silence About Her Own Body-Shaming Experiences