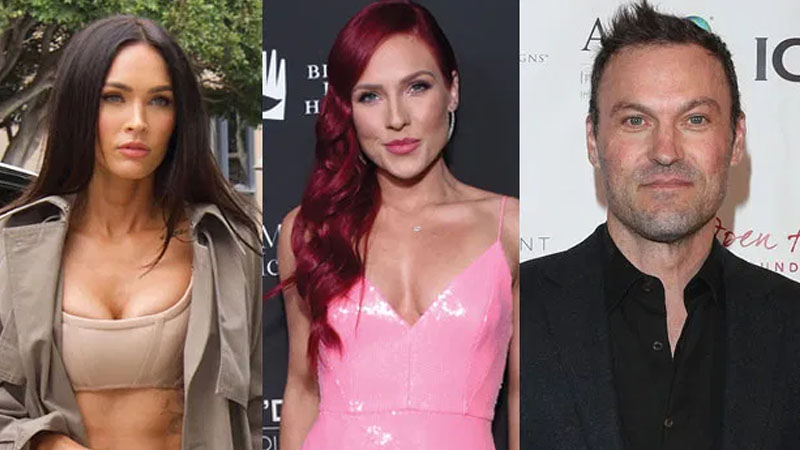 Megan Fox surprised fans after she dropped a rather strange comment on ex Brian Austin Green’s latest post where he was seen making out with his girlfriend Sharna Burgess. While Fox too has moved on from Green and is currently dating Machine Gun Kelly, the actress’ latest comment seemed to hint at being a sassy response to Brian’s loved-up post praising Burgess.

Green took to Instagram to share a photo of himself and Sharna sharing a kiss during their Disneyland outing. Along with the photo, Brian shared a note where he gushed about his girlfriend saying, “It’s been a really long time since I’ve been with someone I can truly share life with” along with a heart emoji.

Green’s post also received a response from Sharna who shared mutual feelings for him and wrote, “There’s no one else I could ever imagine sharing it with. I love you.”  After this mushy exchange, it was Megan’s strange comment that caught fans’ attention.

Leaving a comment on Green’s post, Megan simply wrote, “Grateful for Sharna” along with a purple heart emoji. Several fans found Fox’s reply a sarcastic response to Brian’s caption about finding someone to share his life with.

Brian and Megan announced their divorce in 2020 after nearly 10 years of marriage. After their split, Fox moved on to date MGK aka Colson Baker and Brian in December last year, confirmed his romance with Sharna.

As for Megan’s relationship with Machine Gun Kelly, their whirlwind romance has been replete with PDA-filled outings. While opening up about their relationship, Fox recently stated in an interaction that she knew right away that he was her soulmate.