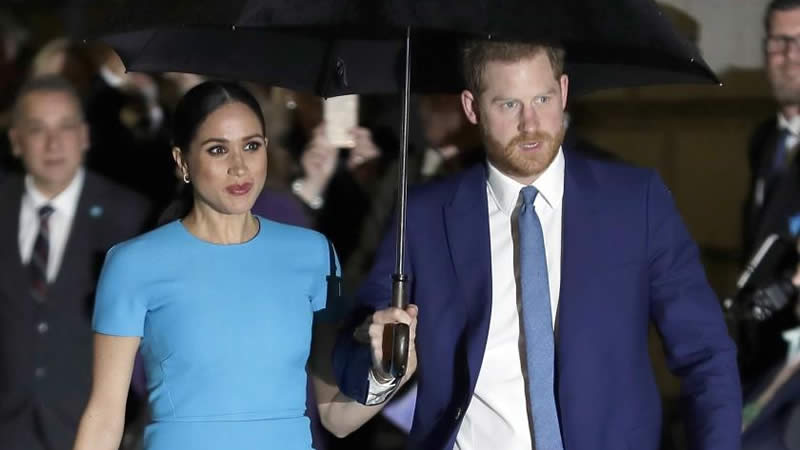 Rumours about the Duchess of Sussex running for president emerged after the couple decided to step down from senior roles in the Royal Family and move to the United States. The Daily Mail recently reported that Meghan has been meeting with senior Democratic Party officials.

Prince Harry and Meghan Markle have fuelled ongoing speculation that the Duchess is considering a career in politics after media outlets reported that the couple hired a Hillary Clinton aide involved in the latter’s 2016 presidential campaign. Genevieve Roth will now serve as senior strategic adviser at Archewell, a nonprofit organisation created by the Sussexes.

Roth is also the founder and president of the organisation Invisible Hand, which describes itself as a “social impact and culture agency that harnesses the power of creativity and storytelling to propel the world forward”. Since its inception, Invisible Hand has created campaigns for The Obama Foundation, PBS, and now the agency plans to work with Archewell.

A spokesman for the Sussexes said the couple is joining “a rapidly expanding team that’s deeply dedicated to advancing systemic cultural change and supporting compassionate communities across the world”.

Who is Genevieve Roth?
Before her career in politics, the Alaska-born woman held high positions in several magazines, including Marie Claire, GQ, and Esquire. She worked at the White House under President Obama. Roth was involved in his wife Michelle’s campaign Let Girls Learn. She later became the director of creative engagement for Hillary Clinton’s 2016 presidential campaign.

The mother of one, whose husband is black, often speaks on racism in the United States, which, she claims, has even affected her marriage.

Racism is one of the issues that Meghan Markle often speaks on and reports say that gender and racial equality could become the main themes of the Duchess’ potential presidential campaign in four years. Earlier this month, a former British official who worked under Prime Minister Tony Blair told the Daily Mail that Meghan has been meeting with senior members of the Democratic Party to discuss a potential presidential campaign and ways to build fundraising teams.

In order to run for office, Meghan Markle would have to renounce her title. Rumors say she’ll throw her hat into the ring in 2024 if incumbent President Joe Biden, who will turn 82 that year, decides not to run for a second term.

Number of followers on Meghan and Harry’s ‘Sussex Royal’ drops to 10.2 million