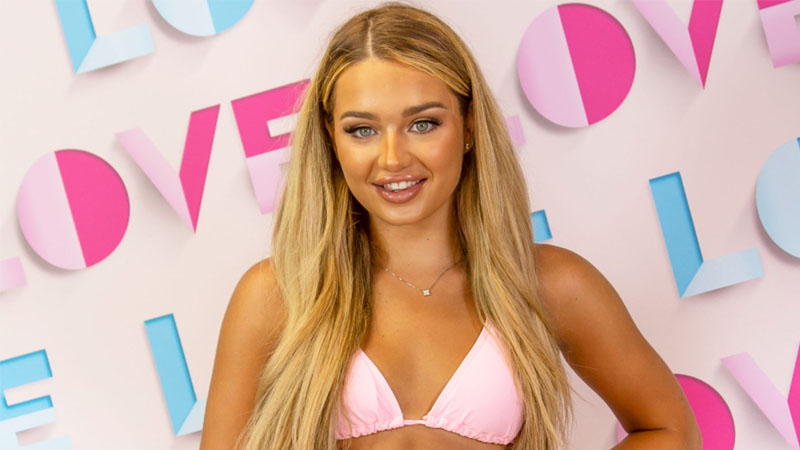 We may only be just over a week into the latest series of Love Island, but already SO much has happened. From Shannon Singh’s shock dumping after just 48 hours to Rachel Finni having to choose between Brad McLelland and Chuggs Wallis (and let’s not even get started on Hugo Hammond’s row with Sharon Gaffka), there’s been hella drama.

It looks like there’s no end in sight either as two new girls are set to enter the villa tonight and it’s going to shake things right up.

Ahead of blonde bombshells Lucinda Strafford and Millie Court’s on-screen debut, we’ve done some digging to find out everything you need to know about them.

Here’s all the tea about Lucinda…

Who is Lucinda Strafford?

Lucinda Strafford is one of two bombshell girls entering the Love Island villa for a summer of love. She’ll be joining the show alongside Essex girl Millie Court.

How old is Lucinda Strafford?

Where is Lucinda Strafford from?

Outside of the villa, Lucinda works as an online fashion boutique owner. We expect her outfits will be on point then.

What is Lucinda Strafford’s type on paper?

It sounds like Lucinda likes ‘em tall, dark, and handsome as she’s got her eyes on Brad McLelland and Liam Reardon.

“I really fancy Brad. And then possibly Liam,” she confessed.

“But obviously I’m open to getting to know any of the other boys.”

Why is Lucinda Strafford going on Love Island?

To find love, duh. Lucinda’s admitted she’s bored of single life and is looking for someone to settle down with.

She said, “I’m a relationship kind of girl. The timing is right and I want to have some fun.”

Who did Lucinda Strafford date before Love Island?

According to reports, Lucinda dated footballer Aaron Connolly for two years but their relationship came to an end back in March when he allegedly broke Covid rules to romance another woman.

It’s claimed Aaron “begged” Lucinda not to go on Love Island but she stuck to her guns and jetted out to Mallorca a couple of weeks ago.

She does, indeed. As a boutique owner, Lucinda already boasts over 72k followers on her account. If you want to follow her, you can at @lucindastrafford. –heatworld

We Still Aren’t Over The Completely Sheer Dress Heidi Klum Wore To The MTV Awards–It Shows EVERYTHING!