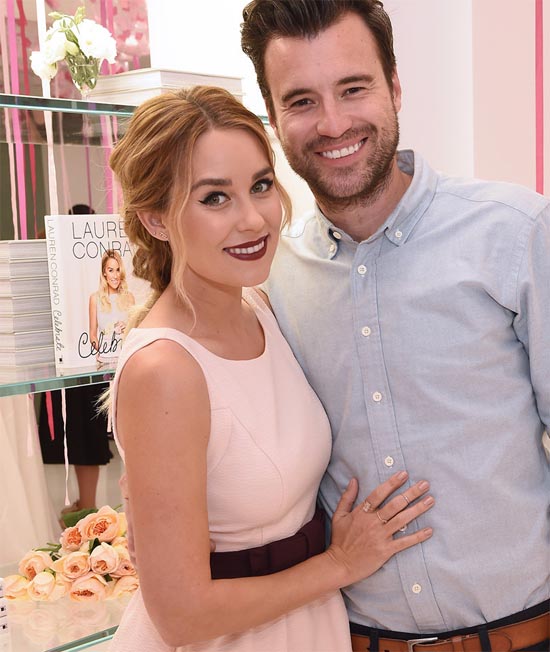 THE Hills star Lauren Conrad is pregnant with her first child.The reality TV star took to Instagram to announce her pregnancy on New Year’s Day. She shared a picture of her holding a baby scan on Instagram with her 5.5m followers. “Happy New Year!” she commented. “I have a feeling 2017 is going to be the best year yet…“Lauren, 30, married her husband William Tell, 36, in September 2014. They went on their first date on Valentine’s Day in 2012.But Lauren rencently revealed that she’d first met William – who was the guitarist in Something Corporate – many years before.

“I met my husband when I was 16 and sitting on stage at one of his concerts,” Conrad wrote on her blog.”Ten years later we were set up on a blind date.” The Hills star and William exchanged vows in a modest ceremony along the coast of California.The bride’s rep confirmed the happy news to Us Weekly and revealed the intimate nuptials took place on a Saturday in the company of the couple’s close friends and family.And although minimal details about the blonde’s big day were shared, it was said to have been just as they’d wanted it.”What a perfect way to start our lives together; surrounded by the people we love most,” the newlyweds told Us in a statement.

The 30-year-old fashion designer had her bridesmaids wear frocks from her very own Paper Crown Bridesmaids collection. “I sent them all the different shapes and let them pick from two colours,” the blushing bride told Martha Stewart Weddings. “I don’t mind if there are a few girls in the same dress, or if people are all in different ones.”It’s too difficult to take a group of girls and put them in the same colour and silhouette; everyone has their own style,” she added. Lauren was the ultimate voice of reason on Laguna Beach and The Hills and quit the show before the finale. She went on to write a series of successful novels, start her own fashion line and recently spent almost £3 million on an LA mansion.

5 Clever Ways to Keep Your Kids Off Their Phones

Katy Perry opens up on marriage to Russell Brand: ‘It was just like a tornado’