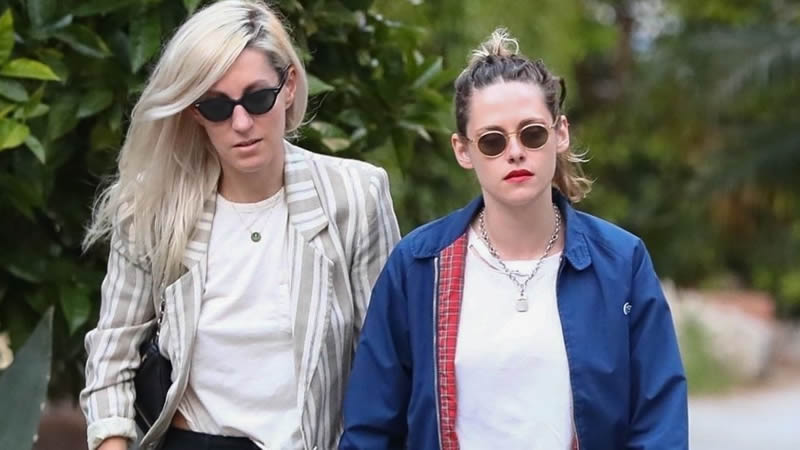 Kristen Stewart, who gained immense fame for her lead role as Bella Swan in The Twilight Saga film series, has been making the news lately regarding whether or not she has got hitched.

For the unversed, Stewart has been in a relationship with girlfriend Dylan Meyer (screenwriter of the show Miss 2059) since August 2019.

The Snow White and the Huntsman actress and her girlfriend were recently spotted with bands on their wedding ring finger. Now, the actress has once again been snapped with the same ring while in LA. Scroll below to check out the pics.

As reported by DailyMail, Kristen Stewart was snapped leaving a salon in Los Angeles this week looking her casual best. While the actress is impressed us with her fashion choice, it was the simple ring on her left-hand wedding finger that caught our attention.

The 31-year-old actress flashed the same band a couple of days ago when she was snapped at the Los Angeles airport, LAX. Her girlfriend, Dylan Meyer, also had a ring on the same finger.

So are they married? Well, there is no official announcement about it, but we are happy for the couple. They have been pretty public about their relationship since August 2019.

Talking about Kristen Stewart‘s ensemble, the Charlie’s Angels actress opted for a white crop top along with a fossil grey jacket and a pair of blue jeans.

She completed the look with black socks, white trainers, and a gleaming lock necklace. In order to beat the LA sun, she was also snapped sporting some classy shades and carrying along with a baseball cap.-koimoi