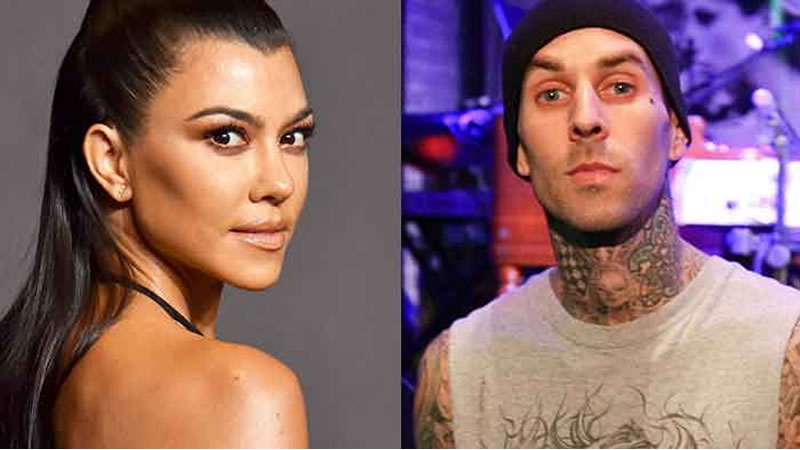 Kourtney Kardashian and Travis Barker have been romantically connected since January. Earlier this year, one tabloid predicted the unlikely couple’s romance would be just a flash in the pan. Kardashian and Barker are doomed to fail, according to the National Enquirer in February.

The publication claimed that many people were worried about the couple’s longevity, even Kardashian’s ex Scott Disick. “Travis is a sweet and talented guy, but everybody is concerned because he’s also a love ‘em and leave ‘em type, and Scott doesn’t want his ex to become another notch on Travis’ belt!” an unnamed insider squealed to the outlet.

Disick has been dating around himself, first with 22-year-old model Sofia Richie and now with 20 year old Amelia Hamlin. “It may be hypocritical because Scott’s having his fun, but he is keeping a close eye on the situation,” the source continued.

As for the mother of his children, the source noted Barker’s previous famous flings with Paris Hilton, Lindsay Lohan, Rihanna, and Rita Ora, as evidence that his romance with the eldest Kardashian won’t last. “Kourtney’s started to fall for him in a big way, but hearing Travis talk to his friends, he seems to think of it as more of a friends-with-benefits situation.”

If you have been keeping up with the Kardashians at all over the last two months, you know that Barker and Kardashian are going strong. Earlier this week, Kardashian posted a picture of herself on Instagram sitting on Barker’s lap.

A few days earlier, he posted a series of photos with his girlfriend posing in a convertible. Back in May, he called Kardashian “the love of my life.” They can always decide to call it quits tomorrow, but for now, the couple seems to be in it for the long haul.

The Enquirer is known for getting the facts wrong when it comes to the Kardashian family. Two years ago, the outlet reported Justin Bieber was cheating on his wife, Hailey Baldwin, with Kourtney Kardashian.

The pop singer had previously dated the reality star. In October, the magazine went after Khloe Kardashian, saying the third sister was keeping mum about being pregnant with her second child. She was even keeping the news away from the family, according to the paper. Another article claimed Van Jones was chasing after Kim as she prepared for the “baby bar” exam.

When Jennifer Lawrence Was Called A ‘Snake’ After Chris Pratt & Anna Faris’ Split, Netizen Wrote “She Broke Up Their Marriage”