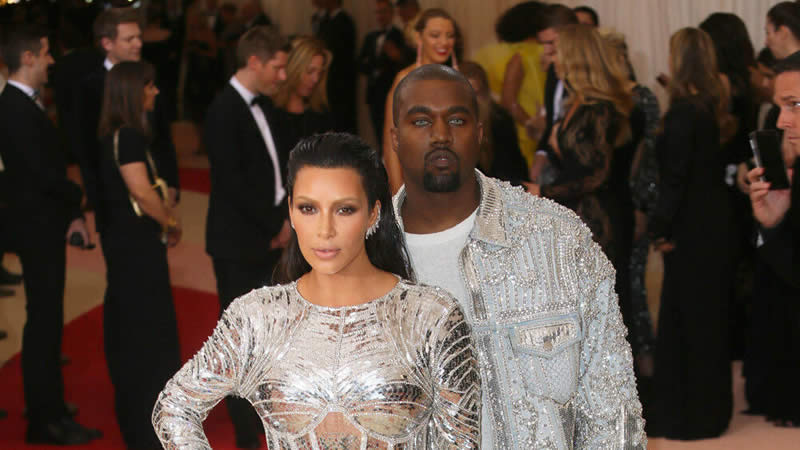 Keeping Up with the Kardashians has come to a glorious end after 20 seasons and as expected, the highly-awaited series finale was an emotional, nostalgic roller coaster ride of feelings for the famous Kardashian-Jenner family. In a moment of brutal honesty, towards the end of the episode, Kim Kardashian spoke passionately to her mother Kris Jenner on why estranged husband Kanye West isn’t right for her.

For the unversed, after months of speculations surrounding their troubled marriage, Kim filed for divorce from Kanye in February. In the KUTWK series finale, Kardashian disclosed, “I’m going to a therapist. Let me work on myself and see where I’m at – and that’s what I’m so excited for, just waking up at 40 and realising, I just want total happiness,” via Just Jared. While the 40-year-old reality star is much aware of the fact that “complete bliss is not a full reality,” she confessed that even if she “can have it more of the majority of the time” is all she wants to do, “wherever that takes me.”

What Kim want is her “pure happiness” and hence, that’s what she’s “working on figuring how to get there.” Kardashians feels like she’s “worked so hard in life to achieve everything that I’ve wanted to” and has “lived up to my expectations and achieved 10 times more than even I thought was humanly possible.” Shedding light on being lonely in her marriage with Kanye, Kim admitted that she doesn’t “have a life to share that with” and while she obviously has her and West’s wonderful four kids – North, 7, Saint, 5, Chicago, 3, and Psalm, 2 – “but am I just gonna sit here and think, ‘Okay, my kids fulfil me, and I’m good?'”

“I never thought I was lonely… I always thought that’s totally fine. I could just have my kids, my husband moves from state to state,” Kardashian explained before elaborating, “And I just am on this ride with him, and I was okay with that and then after turning 40 this year, I realised, ‘No, I don’t want a husband that lives in a completely different state to me.’ I thought, ‘Oh my God, that’s when we’re getting along the best,’ but then that is sad to me, and that’s not what I want.”

As for what she’s looking for in a husband, Kim revealed, “I want someone that we have the same shows in common. I want someone that wants to work out with me every single day… the little things are what I don’t have. I have all the big things. I have the extravagant, everything you could possibly imagine – and no one will ever do it like that, I know that, you know what I mean? And I’m grateful for those experiences – but I think I’m ready for the smaller experiences that I think will mean a lot.”

Kris divulged about her daughter, “I just want you to be happy and joyful. And I think I haven’t seen that in a really long time,” to which Kardashian stated that she’s “ready too, whatever that is.” Kim disclosed that she’s “not rushing it… I don’t have any final decisions that I want to make.” Ultimately, Kardashian did choose the heartbreaking divorce route with West.

Jenner admitted in her confessional that Kim and Kanye’s marriage woes broke her heart because she just wants them “to be happy” while wanting her daughter “to be joyful, and have the best relationship that she can possibly have.” Given that Kim “had four beautiful kids,” Kris just wants “them to be happy.”

An emotional Jenner was comforted by her daughter’s concluding words as Kim shared, “Don’t cry. So much to be happy about! I’m not gonna have a breakdown and cry when you leave. I’m numb, I’m tired of that, but I do know that I will be happy. I didn’t come this far just to come this far and not be happy.”

While Kim and Kanye won’t embark on their happy ending together anymore, Kardashian stated that she will “love” the Heartless rapper “for life” in a recent Instagram post, wishing West on his 44th birthday by sharing a wholesome photo of the ex-couple with their kids inside a private jet. She also bombarded her Instagram Stories with heartwarming snaps of the West-Kardashian family on Kanye’s special day.

Meghan Markle’s Mother Is Doing Real For The Family: “Harry just adores her!”

Cardi B Is Pregnant! Showed Up Her Belly Bump During BET Awards Performance

Gwyneth Paltrow: ‘I Changed My Life When My Dad Died’