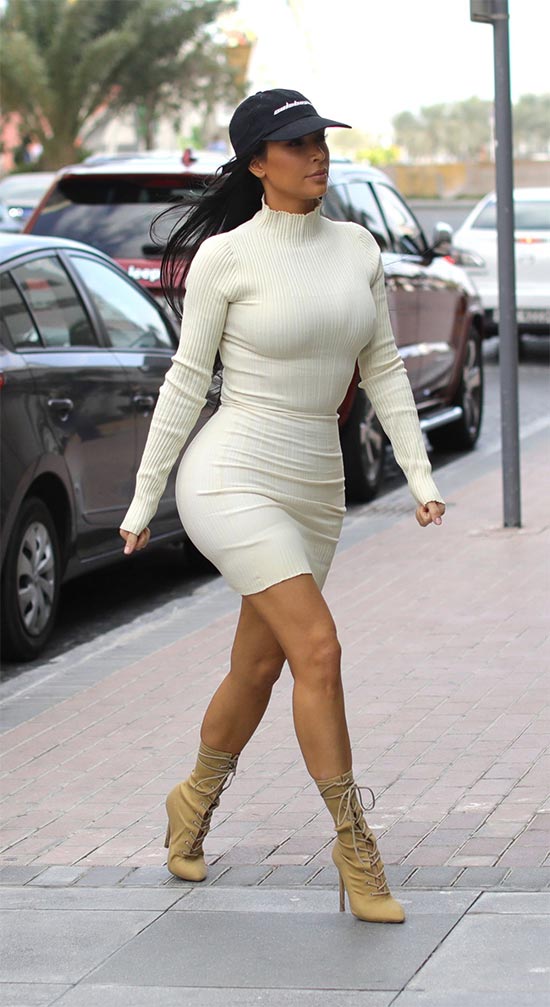 Oh, baby! Kim Kardashian recently announced that she has plans to expand her brood. “I’m going to try to have one more baby,” the 36-year-old said in a new Keeping Up With the Kardashians promo that aired Sunday, March 26. “I want my kids to have siblings.” But for Kardashian — who suffered a potentially fatal high blood-pressure pregnancy complication called preeclampsia in 2013 when she was carrying North, now 3, and had a high-risk pregnancy and labor complications in 2015 with Saint, now 15 months — it won’t be easy. Find out more in the video above, and detailed below.

“Having a kid would jeopardize Kim’s health incredibly,” a Kardashian source exclusively reveals in the latest issue of  Us Weekly. “Doctors have told her no.”  In the E! promo, Kardashian, who is married to Kanye West, confirmed the risk of trying for a third child. “The doctors don’t think it’s safe for me,” she said. (Kardashian’s two difficult pregnancies were documented on the series.) Her mom is fearful as well. “I don’t want you to do something that puts you in danger,” Kris Jenner warned in the clip. Now, Kardashian and West — who have been together for five years — are weighing safer options. Shares the pal, “They’re open to surrogacy.”

As Us Weekly previously reported, Kardashian has said she would consider using a surrogate in order to give North and Saint another sibling. “If the two doctors I trust have told me it would not be safe to get pregnant again, I have to listen to that,” she said during a Sunday, November 13, episode of Keeping Up With the Kardashians. In the episode, she proposes that she could potentially use sisters Khloé or Kourtney as the surrogate!

The post Kim Kardashian Wants a Baby But ‘Doctors Have Told Her No’ appeared first on Womenz Magazine.

5 Student-Teacher Relationships That Cross the Line

Demi Lovato Has a New ‘Baby’

Cara Delevingne Thought She Must Have Plastic Surgery