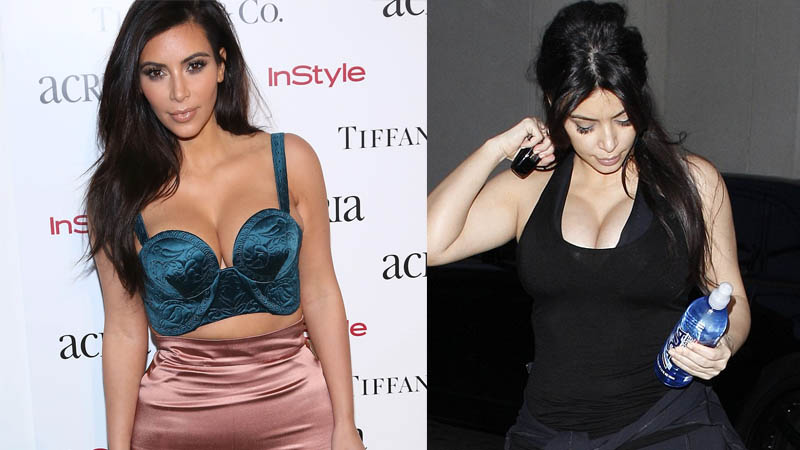 Now that Kim Kardashian and Kanye West have officially split, the mother of four is back on the market.

Divorce doesn’t seem to have slowed her roll, though–if anything, the star looks better than ever! On March 8, she shared an eye-popping snap in a flirty pink SKIMS bra that was way too small to pass for an outfit. What can we say … Kim’s clearly single and ready to mingle!

The Keeping Up With The Kardashians star worked her marketing magic by fronting her own shapewear line in the racy photo. Here, she’s wearing the ‘Fits Everybody’ bra, which looks like it’s since sold out (according to the website).

It’s unclear whether the SKIMS founder was wearing matching underwear, as the ‘gram was strategically cropped to show her top half. Kim knows how to keep us guessing! Still, she took care to showcase her famous assets as she blew the camera a kiss.

In true Kardashian fashion, her makeup was perfectly on point, including contoured cheekbones and tons of eyeliner. The reality queen let the dramatic look do the talking for her, signing off on her post with a simple kiss emoji.

The post, which has since racked up 2.5 million likes, also generated thousands of comments. One person remarked that the starlet “ages like fine wine,” while another added that “Kanye messed up.”

Right after uploading the snap, Kim also made headlines when the trailer for the final season of KUWTK teased that it will cover her divorce drama. Guess we’ll be tuning into E! to see what really went down between the famous couple.

Are You Missing Out on Free Money? 80% of Americans Aren’t Taking Advantage of COVID Relief