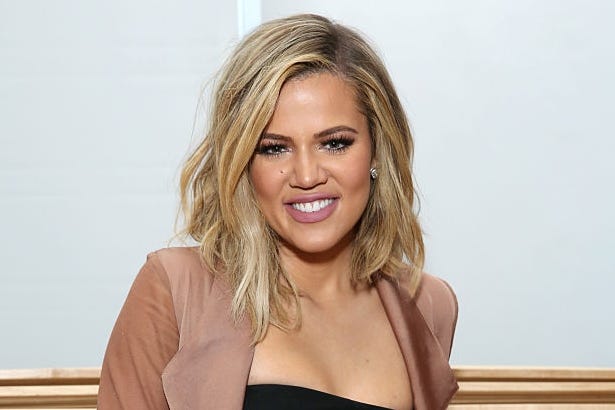 Is there going to be a new baby just when “Keeping Up With The Kardashians” is about to end? The youngest of the Kardashian sisters, Khloe Kardashians, revealed that she wants a second baby.

For what it’s worth, it was during the coronavirus quarantine when Khloe felt some guilt because her daughter only has herself to play with, apart from her parents.

To keep her daughter happy, however, Khloe expressed her belief that having another child would be a great solution.

In a clip from a new KUWTK episode, Khloe told her  beau: “Every time I post a video, Kim DMs me, and she’s like, ‘She can’t play by herself her whole life.'”

The 36-year-old mom further revealed that she never envisioned only having one child her entire life, but the urge to have another baby came during quarantine because of True.

“She had no friends. She had nobody. They were isolated from (cousins) for so long,” Koko added.

The Good American founder also believes that now that True is getting older, she thinks it’s the right time to finally have another kid.

Meanwhile, her NBA player boyfriend seems to be on board with the plan.

Tristan kept nodding his head and smiling while saying, “Yep. That’s what I like to her.”

Before their conversation, the “Keeping Up With The Kardashians” reality star already froze her eggs months ago and started talking about the entire thing’s logistics.

Khloe convinced Tristan that they had to schedule it according to the athlete’s schedule “so I can make embryos with my frozen eggs.”

Tristan responded to her that he’s “all for it.”

The couple agreed that having another kid of their own will work before Tristan revealed that he doesn’t just want one more baby.

He told his girlfriend, “I’ve always wanted four kids, so I have Prince and True,” Tristan said, referring to his 4-year-old son from his previous relationship.

In August 2020, Us Weekly reported that the Boston Celtics forward and Kris Jenner’s daughter were back together a year after their split.The report also noted they would love to have another child.

An insider told the outlet that Khloe Kardashian is “hopeful” that her boyfriend is a changed man and would continue to grow and be a great and loyal partner.

She already saw that Thompson was a great man throughout their time together during COVID-19 quarantine.