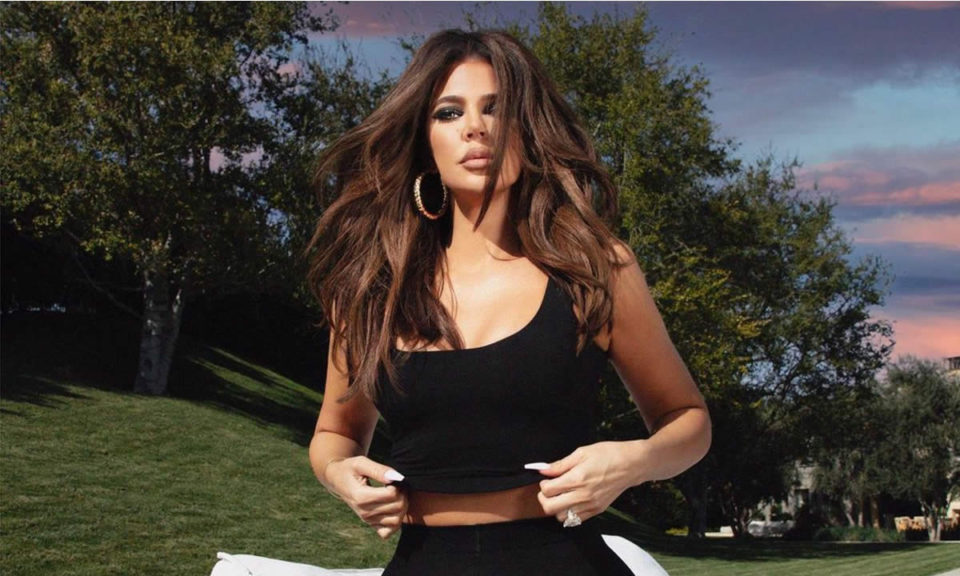 Khloé Kardashian’s baring it all for her fashion brand.The 36-year-old Good American co-founder stripped down to show off her label’s new ’90s-inspired denim, posing topless by the pool in the high-waisted “Good ’90s” jeans ($149).

In other shots from the campaign, Kardashian pairs the same blues with a gray sports bra ($35), letting her undies peek out above the unzipped waistband.

Also on full display? The enormous diamond ring the reality star previously flashed in a Good American footwear ad, which sparked speculation that she and Tristan Thompson might be engaged.

A source told Page Six there’s no truth to the rumors, and that she’s owned the sparkler for ages.

That ring’s not the only reason why Kardashian’s campaigns have been making headlines lately; in December 2020, Kardashian stripped down to nothing but a pair of briefs to announce Good American’s shoe launch and last month, fans poked fun at her “size 24” feet in another Good American shoe shot.

“I mean..LOL how could anyone believe this is the size of my feet?! It’s the angle and the type of lens,” she added. “And personally I think this camera lens is so f—king cool. It gives the photo a different vibe and not the same old visual I always see. Either way, I’m happy with them.”

How to Best Accessorize an Interview Outfit

Naomi Campbell, Cindy Crawford and more to Star in The Supermodels documentary Series