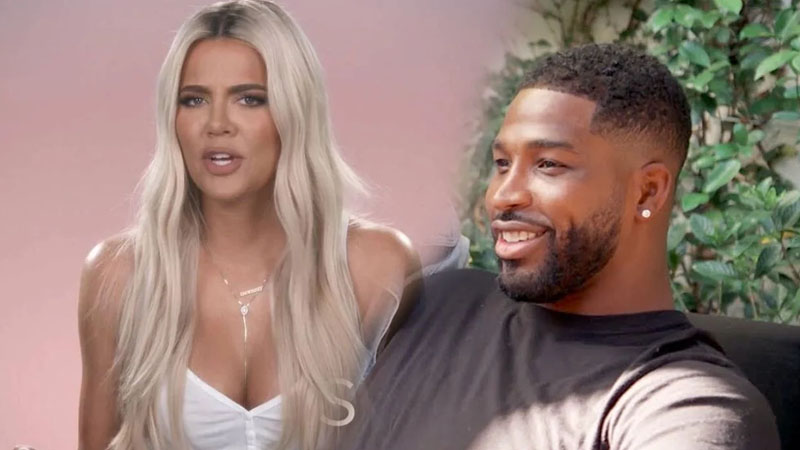 In April, Instagram model Sydney Chase made some shocking revelations when she made her appearance on the “No Jumper” podcast. The model alleged that Tristan Thompson told her he wasn’t in a relationship while he was dating Khloe Kardashian.

Amid the ongoing cheating allegations, Khloé and Tristan have reportedly part ways. According to what a source shared with Page Six, the former couple is ‘getting along’ and there is no ‘drama’ between them. As per the report, ‘everything is amicable’.

The insider told the outlet, “They’re getting along. There is no drama. Everything is amicable, and they are on the same page with co-parenting.” As per the source, the former couple broke up shortly after news of Sydney Chase’s claims started circulating.

Tristan was allegedly seen entering a room with three women at a Bel Air birthday party. Some reports suggest that the NBA player walked out of the room “disheveled” thirty minutes later. The incident reportedly took place a day after Tristan dined out with Khloe and True.

As per what an insider shared with E! News, Tristan was present at the party and was ‘hanging out with Drake, Diddy, and Chris Brown. “He seemed like he was in a great mood and wanted to party.

He was drinking and was partying into the early hours of the morning,” the source told the outlet. On Monday, Tristan denied the allegations by posting blue cap emoticons on his Twitter handle as a reference to the “cap” phrase used to express something false.

Ben Affleck Says Ex J.Lo Looks ‘The Same As You Did In 2003’ In Flirty Interview