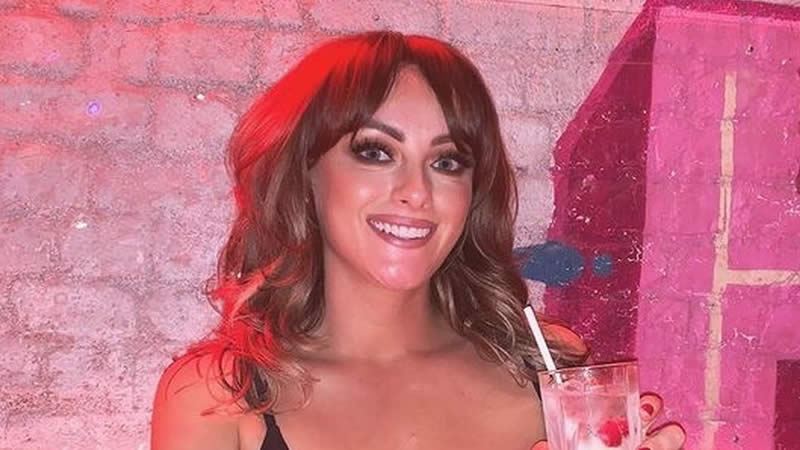 Strictly come dancing star Katie McGlynn smashed her foot open in a filming mishap when she took a rapid move towards the glass glitterball and kicked it hard.

After a run-up, the actress, 28, who played Sinead Tinker on Coronation Street, though it was plastic and smashed it.

According to sources, she was unaware that the directors simply wanted her to pretend to kick the object, and she was left in severe pain after smashing it.

Katie, who was wearing strappy high heels that revealed her barefoot, was shooting social media content for the next series and was enraged that no one had told her it was a heavy-duty glass version.

After the blunder on Friday, medics rushed to her at Elstree Studios in Hertfordshire.

The insider added to The Sun: ‘There was glass everywhere and everyone was left in shock at what happened.’

A source said: “She was absolutely raging because nobody told her that it was a genuine glass glitterball“.

“Her feet were properly exposed in high heels and she was dolled up to the nines for filming“.

“After giving it a brief run-up, she pelted the ball and was left in severe pain“.

“She blames the staff on set because nobody told her what it was made of — or that she should only pretend to kick it.”

The source added: “The promo shoot was promptly cut short while Katie’s foot was cleaned up.”

Earlier this month, Katie, who currently plays Becky Quentin in Hollyoaks, was a favorite to be coupled on the show with pro-Giovanni Pernice – with whom she was romantically linked in 2017.

After being photographed slumped in the street after a boozy night out in July, she vowed to give up her party-girl lifestyle.

A BBC spokeswoman claimed: “Katie McGlynn sustained a minor cut to her foot whilst filming digital material for Strictly.

“She was treated by the on-site medic who applied a plaster and she is absolutely fine.”

Kate and William Will Safeguard Commonwealth From Referendums Under Charles’ Monarchy