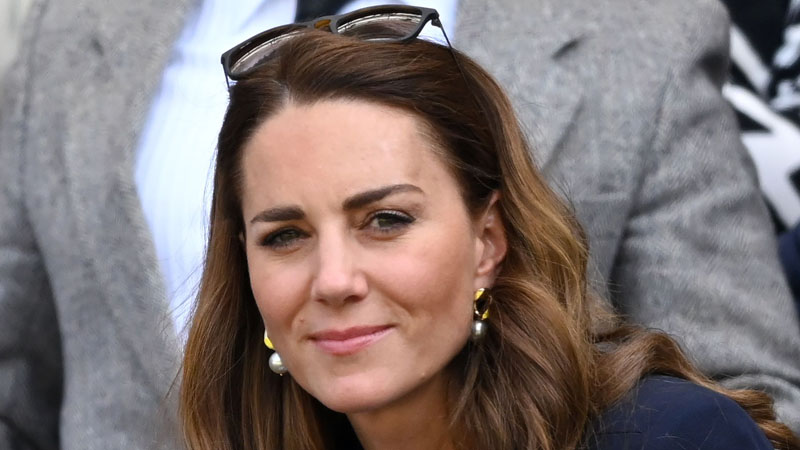 Kate Middleton is now isolating after being exposed to someone who tested positive to COVID-19, Kensington Palace confirmed in a statement Monday.

“Her Royal Highness is not experiencing any symptoms, but is following all relevant government guidelines and is self-isolating at home,” the Palace said.

Kate has received both vaccinations for the virus, and per NBC, takes lateral flow rapid tests twice a week.

Last Friday, the Duchess of Cambridge attended Wimbledon, where she helped prepare food on the grounds to showcase the work the All England Lawn Tennis Club (AELTC) had done to feed the local community during the pandemic.

She also attended the Euros football (soccer) tournament last week and was joined by Prince William and their oldest child, Prince George. The Palace said she tested herself with the lateral flow tests before attending each of these events.

A post shared by Duke and Duchess of Cambridge (@dukeandduchessofcambridge)

In November of last year, a source revealed to Us Weekly that William had tested positive for COVID-19 several months before the fall.

“He followed all the necessary self-isolation regulations, refused to let it get him down, and even managed to work whilst recovering at home in a sectioned-off area,” the source said. “There were rough moments, of course, and William learned firsthand how awful this virus is and how seriously it needs to be taken.”

‘Freeloaders’ Meghan, Harry Got Millions Worth of Freebies Thanks to Their High-Profile Status

US TV Popular Host Called the Queen branded ‘mean b****’