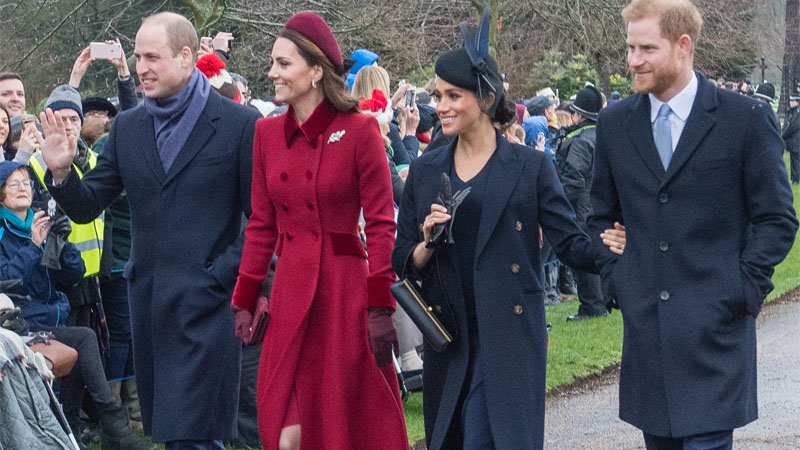 The Duchess of Cambridge, Kate Middleton believes that Duke Sussex and Duchess of Sussex it is not too late for them to come back to the family again. The Telegraph says Kate discussed with friends before the Oprah interview that Harry and Meghan could step back into The Firm.

Broadsheet’s Sunday reports that Kate inclines to be a peacemaker. Stella magazine’s representative reckons the Sussexes could’ve had a route back into the royals before their controversial chat. Camilla Tominey reported Kate informed friends it ‘wasn’t too late for Harry and Meghan, said entertainmentdaily.co.uk.

Moreover, Kate, 39, ‘taken the same approach as the Queen’ before the interview. The journalist claimed: “I have been reliably informed she was even telling her friends before the Oprah interview that she did not think it was too late to ‘pull them back in.”

Ms. Tominey also specified a royal source had informed her ‘Kate’s instinct is to try to smooth things over. She did not think it was too late to ‘pull them back in. Everyone has seen that Kate was the first family member to speak with Harry at Prince Philip’s funeral.

She ‘held back’ as they walked to ease the conversation between William and Harry. Ms. Tominey also reported that Kate ‘rose above’ Meghan’s claims she made her husband’s sister-in-law cry ahead of their 2018 wedding.

It was before reported Meghan had made Kate had a dispute about bridesmaid dresses. As per Ms. Tominey’s claimes, Kate was the bigger person about it all.

She wrote: “Despite the Duke and Duchess of Sussex’s Oprah Winfrey interview, when Kate was accused of making Meghan cry during a bridesmaid’s dress fitting and failing to support her, Kate rose decidedly above it all.”

Additionally, reports claim Kate set any upset she may have felt about the Oprah affair to concentrate on helping heal any rift between Harry and William. Elsewhere, Kate’s uncle Gary Goldsmith told Closer magazine that Harry needs to reflect. He said: “If you want an easy life, work it out privately and have a conversation respectfully. Don’t air it in public, it’s hurtful.”

He continued: “If Harry doesn’t stop this self-indulgent episode, there will be no common ground or relationship to rebuild. However, if anyone can bring peace to the royals it’s Kate. She is a brilliant peacemaker. Every bone in her body is about making friends and doing her best. She’s trying to meditate.”

Prince Philip mad or not over Prince Harry’s damaging interviews?