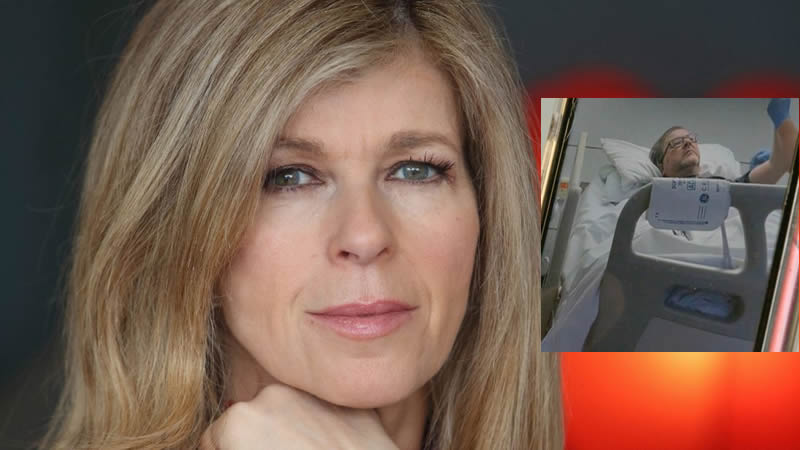 Kate Garraway vowed to save her husband Derek after he devastatingly admitted he “didn’t know how to cope” following months of battling the effects of coronavirus.

The Good Morning Britain presenter’s husband of 16 years had spent months in intensive care battling the virus and had been drifting in and out of consciousness.

Kate, 53, revealed how one night in November Derek, also 53, told her of his fears over a Facetime call.

She admitted it was “absolutely devastating, but it showed me he was still in there.”

In Finding Derek, a documentary on ITV1 tomorrow, Derek tells his wife “there is no way out”.

But at that moment the presenter vowed to save the father of her two children Darcey, 15, and Billy, 11.

She tells Derek: “I will find a way to make it better. I promised you that I would save you and I’m going to save you, I will find a way, but you just have to hang in there.”

The touching footage then shows how Kate spent hours on her iPad talking with Derek and staying with him through the night before reassuring him the next morning as she got her early-morning taxi to work.

She even got his nurses to put Good Morning Britain on in the morning to make sure he could see her in the time that she wasn’t on a call with him.

Speaking exclusively to the Mirror, Kate recalls: “After that call, it was then time to go into GMB and go on air, having been up all night, it was a tough night actually.”

Derek’s body was dealing with kidney failure, damage to his liver and pancreas, and heart failure after the virus had left his system.

“And in the end,” she says, “I said to him, ‘Just stay with me, I’m going to keep talking to you’. And he was obviously exhausted. Because that’s the other thing, is that the tiniest thing completely exhausts him.

“Being able to get those words out, for him physically it’s as tough as running three marathons, that’s the way the doctors described it.

“It takes huge amounts of energy and spirit for him to do that. It’s so huge for his body to be able to get that out. It’s a huge power of spirit actually to be able to speak out in that way.

“And then he’s sort of done and I was like ‘Close your eyes, I’m still here, I’m not going to go anywhere, I’m going to stay on the line’.”

Kate admits that she thinks he was “at his wits’ end physically and mentally”, but says he has thankfully got passed that low point and is “fighting on”.

*Kate Garraway: Finding Derek is on ITV Tuesday at 9pm. Kate Garraway The Power of Hope is available for pre-order now.

Useful Tips To Style Your Hair With a Flat Iron

President Trump Takes Aim At Mitch McConnell, And Reveals Future of The GOP