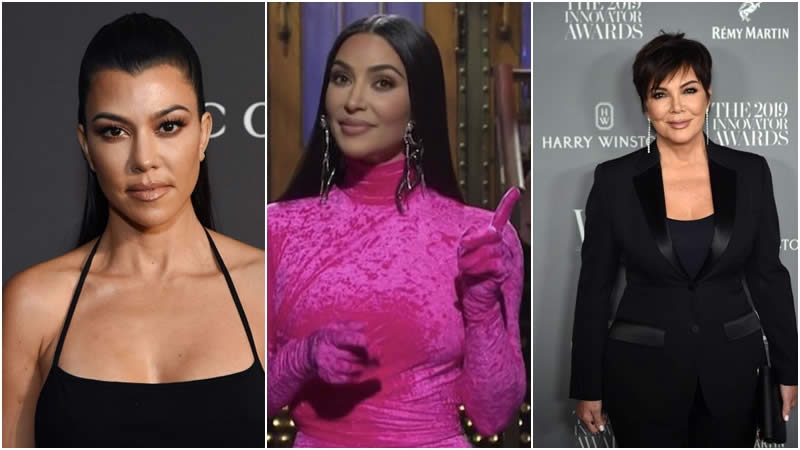 Kim Kardashian’s family has said that they are extremely “proud” of the reality TV star’s debut on Saturday Night Live.

On Saturday (9 October), the reality TV star hosted the comedy show, gaining critical praise from the audience, who complimented her comic timing in the opening monologue and sketches.

Kim’s mother Kris Jenner shared a clip from the show and wrote: “I’m so so proud of my amazing daughter Kim!!! She absolutely crushed one of the hardest stand-up gigs in the world!!!! She is an absolute ROCKSTAR and I’m so proud of this accomplishment!!!”

In the video, Kim thanked the cast and crew of her SNL co-stars, as well as “Kanye and the rest of my family,” for being such good sports.

In her opening monologue, the Skims founder slammed her family members as well as her ex-husband Kanye West. Kris Jenner said that her daughter performed the monologue with a “mix of LOVE, vulnerability, self-deprecation, humor, beauty” and showed that she is “always in on the joke”.
Khloe Kardashian, Kris and Kim’s sister, attended the live taping and made cameo performances in several sketches.

Khloe wrote on Instagram Stories that she was “beaming with pride and admiration”, adding: “Proud is an understatement”.

According to E! News, West was also in the audience to support his ex-wife, which was confirmed by a source close to Kim.

It was previously reported that Kim contacted West before her SNL performance and that the rapper escorted Kim to NBC Studios on Saturday.

Kourtney Kardashian, the founder of Poosh, did not attend the live taping but stated her pleasure at Kim’s portrayal of herself in a parody of the US television show The People’s Court.

Kourtney posted a clip of the sketch on Instagram and wrote: “Ahhhhh! This is everything! Kim Kardashian, you killed SNL.”

Meanwhile, Kylie and Kendall Jenner celebrated their sister’s SNL victory on Instagram with SNL clips.
Kris and Khloe were among those who attended the SNL after-party. Scott Disick, Kourtney’s ex-boyfriend, was also seen with the Kardashians.