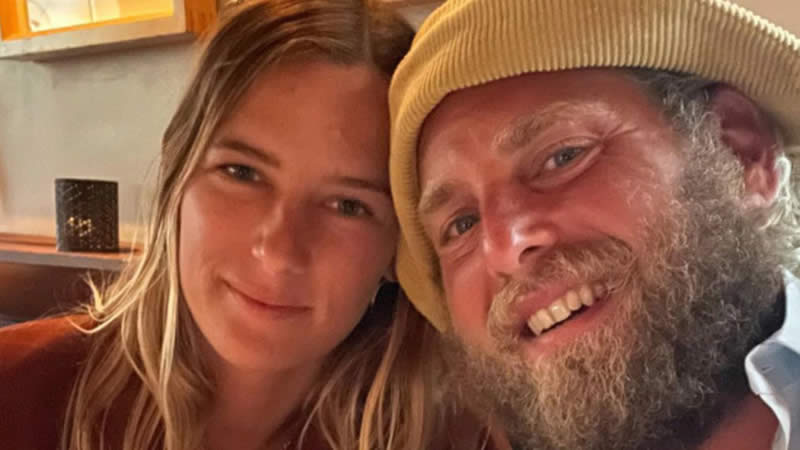 Jonah Hill appeared to confirm suspicions that he was dating Sarah Brady in a new Instagram post in which he shared a photo of the two of them inside a restaurant. Jonah Hill recently took a significant step in this relationship.

Before the summer officially ends, the actor chose to make his relationship with Sarah Brady public on Instagram. Jonah took to social media on Thursday, Sept. 9, to share a snap of a couple taken inside an unnamed restaurant.

He captioned the picture as “Grateful for you @Sarahhbrady,” with a heart and heart-eye emoji before turning off his comments.

While Jonah has previously kept his personal life off of social media, Sarah has been more willing to share pictures of herself with the actor. The U.C. San Diego grad documented her trip to Big Sur, Calif., with Jonah during Labor Day weekend. In the last weeks, the couple has spent valuable time together catching waves, traveling in RVs, and twinning in matching outfits.

“Had a beautiful weekend with my person,” Sarah previously shared on Instagram. “Grateful for each and every day with you @jonahhill.”

She also shared a selfie with him and wrote, “My whole heart.”

When Jonah and Sarah were pictured going RV shopping in Southern California in August, it ignited romance suspicions.

After various reports arose saying Jonah and Gianna Santos had called off their engagement, the relationship came close to a year. The cause for their breakup was never made public.

Since then, the Superbad star has made the decision to “reshape” his life while also finding love for the second time.

“All my 20s, I wasn’t really looking inward. I was just running toward success. Or trying to find success,” he told GQ Style. “And when I was 30, I was like, I’ve always wanted to be a director, but if I don’t get off this train now and write Mid90s, I’m not going to do it. And I hit Pause. I took three or four years to reshape things.”