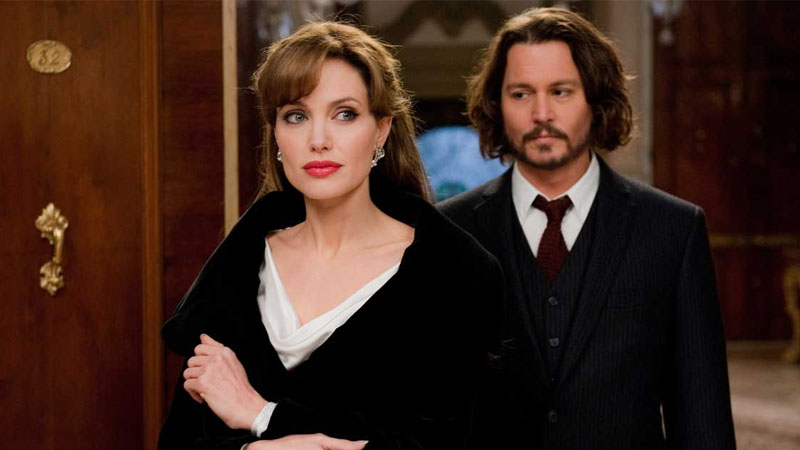 Angelina Jolie is the dream woman the whole wide world wants! The actress has had some high-profile affairs in the past like Brad Pitt, Jonny Lee Miller amongst others. But one co-star that she was often linked to was Johnny Depp.

After years, both the duo is single but are they going to end up together? That’s at least what Pirates Of The Caribbean actor reportedly wants! Read on for details. For the unversed, Johnny and Angelina worked together in the 2010 film, The Tourist.

The romance-thriller witnessed their sizzling chemistry and reportedly, Depp personally felt the spark too. However, he went on to marry Aquaman actress Amber Heard. Jolie, at that point, was dating Brad Pitt too.

But now both, Angelina Jolie and Johnny Depp are single. Reportedly, the Pirates Of The Caribbean actor feels it’s the perfect time for them to reunite. A report by Globe even suggests that Johnny couldn’t ever stop crushing on Angie ever since their union in The Tourist.

He’s by no means given up on love. He’s just incredibly picky and guarded these days, and that’s one big thing he shares with Angie.”

The source adds, “Angie and Johnny both have a lot of battle scars and are still tough as hell, which is why a lot of their mutual friends think they’d be perfect for each other.”

Well, this isn’t the first time Johnny Depp and Angelina Jolie have been linked. But are they really going to end up together? Only time will tell.

Nicole Kidman: ‘My Husband Likes Me Best When the Makeup is Off’