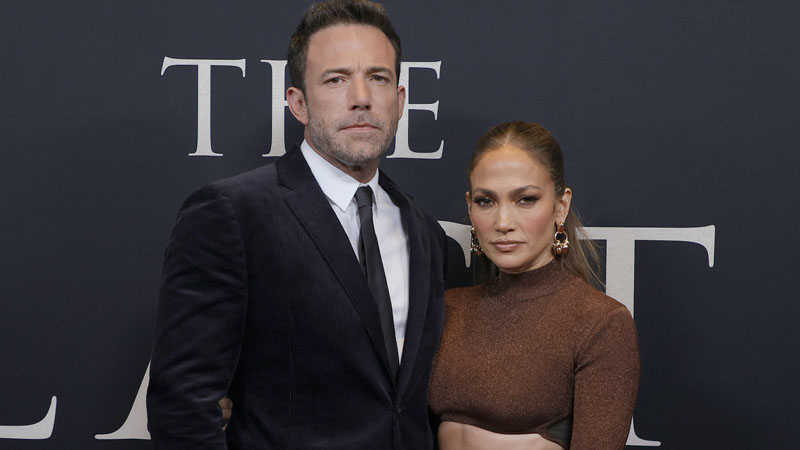 Seems like even working from different countries cannot keep superstars Jennifer Lopez and Ben Affleck apart. A source told E! News that the much-in-love couple has been finding ways to see each other on weekends, amid their busy work schedules.

Jennifer has been shooting for her upcoming Netflix thriller ‘The Mother’ in Vancouver, Canada, while Ben recently completed the shooting of some scenes for director Robert Rodriguez’s upcoming thriller ‘Hypnotic’ earlier this month in Austin, Texas.

“They are both filming during the week on location, but they have met up whenever possible. Ben has been in L.A., and J.Lo flew in from Vancouver to spend time with him. They hung out at his house and then left for the airport together on Sunday night. J.Lo has had her kids visit her in Vancouver, but she is also coming back and forth to L.A,” the insider shared to E! News.

As per the sources, Ben has been in Los Angeles for the past two weeks to spend time with his family and the couple is careful about not letting too many days go by without meeting with each other in person. “They are working out their schedules so that they can be sure to see each other every few days.

Things are good between them, and they are staying connected. They are busy with their projects, but also making time to be together,” the insider shared to E! News. The two were engaged in 2002 but split in 2004. They co-starred in the films ‘Jersey Girl’ and ‘Gigli’ together.

They postponed their 2003 wedding days before they were set to walk down the aisle, and then officially split by January 2004. The ‘I’m Real’ songstress recently ended her engagement with former MLB star Alex Rodriguez. Meanwhile, Ben split with actor Ana de Armas in January.

Beyonce wears more than 60 designer outfits in ‘Black is King’