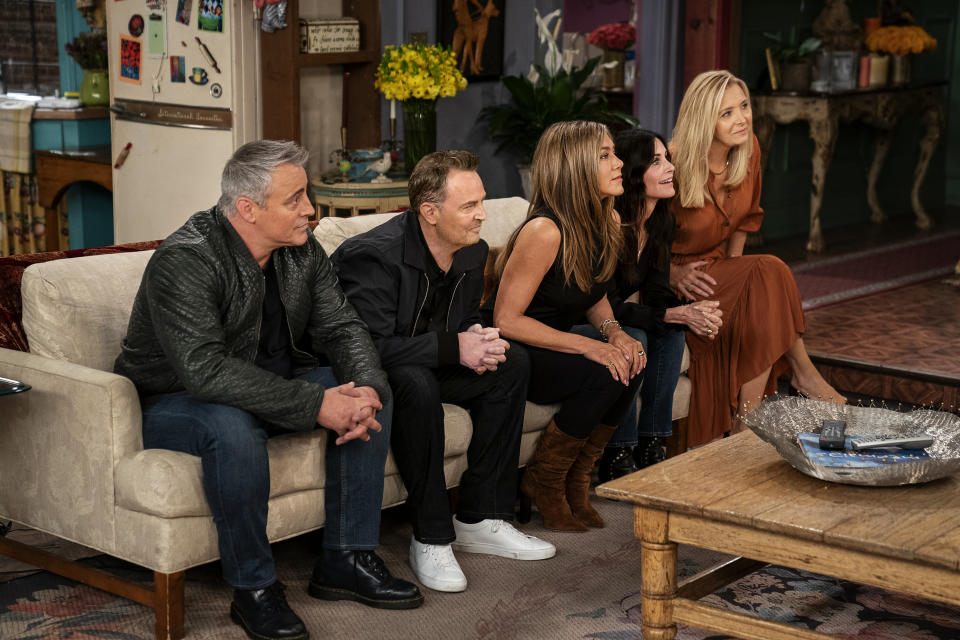 The Ross and Rachel love saga was one of Friends’ defining and most popular storylines, but the actors have now revealed how it nearly translated into real life.

According to the details, Jennifer Aniston and David Schwimmer have revealed they almost had an off-screen romance while filming Friends.

Towards the end of the special, host James Corden pops the question that we’ve all wanted the answer to: with a cast comprised of six hot, successful actors, who was hooking up?

In response, Aniston and Schwimmer immediately looked at one another. “The first season I had a major crush on Jen – we were both crushing hard on one another, but it was like two ships passing ‘cause one of us was always in a relationship and we never crossed that boundary,” Schwimmer said.

“Yeah, the first season, we—I had a major crush on Jen,” said Schwimmer. Aniston added without hesitation: “It was reciprocal.”

Schwimmer added: “How did not everyone know we were crushing on each other?” to which Courteney Cox, Lisa Kudrow, Matthew Perry and Matt Le Blanc all admitted they “knew”. Aniston said the pair instead focused on “channeling all our adoration and love for one another into Ross and Rachel”.

Despite this, she recalled telling Schwimmer: “It’s going to be such a bummer if the first time you and I kiss is going to be on national television”.

While hanging out together on the reconstructed set, Schwimmer talked about how blatant his crush on Aniston was back in the beginning. “I thought back on the very first year or two, when we had breaks from rehearsal, like, there were moments when we would cuddle or something on the couch,” said Schwimmer.

Aniston, talking over Schwimmer a bit, added “Well, we would spoon and fall asleep on the couch.” Aniston of course went on to marry Brad Pitt, who guest starred in the series.

The pair made the confession during the Friends reunion, which sees the main cast come together on camera for the first time since the sitcom ended in 2004.