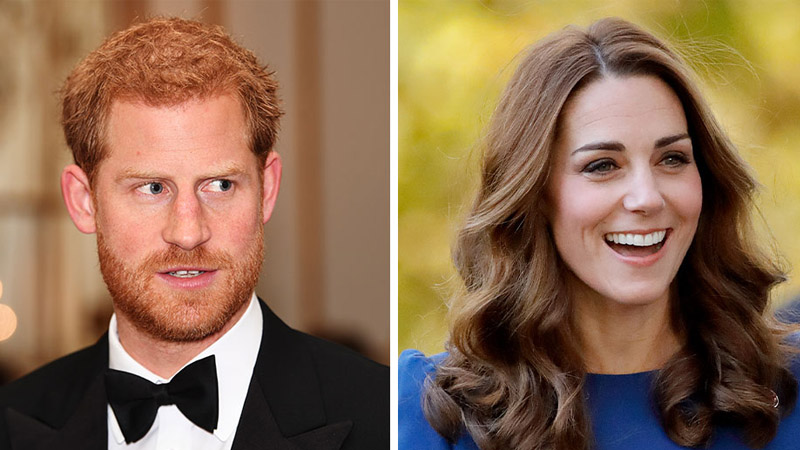 They were once the best of friends, but since Harry fled his life as a senior royal, his once close relationship with Kate has all but vanished.

Now, New Idea understands Harry, who is said to be struggling to adjust to his new life in LA, has secretly reached out to his sister-in-law to mend the rift – and there’s some hope that he will follow her advice and return home to the UK to sort things out with the rest of the family.

“It’s going to be really hard for them all to make up if they are living thousands of miles apart,” says author of Royally Suited: Harry & Meghan in Their Own Words, Phil Dampier.

“One of the tragedies of Megxit is the way Harry and Kate have fallen out when they were once so close. It was heartbreaking to see.”

Phil continues: “Harry was only 19 when William first started dating Kate and called her ‘the sister I never had’. Whenever they were together they were always laughing and joking, usually at William’s expense. You could see the rapport and love between them and both must miss those carefree days.”

But according to Phil, despite Kate previously acting as peacemaker, Harry is worried she’s largely given up on attempting to smooth things over between her and William and Harry and Meghan.

“She won’t let anything get between those important goals and I can’t see her going out of her way to make it up, especially with Meghan.”

As Harry and Meghan stepped back as senior royals early this year and moved to North America, Kate has seen her profile and position within the royal family go from strength to strength.

Her almost constant public presence throughout the past few months, despite the coronavirus lockdown, has also seen her popularity surge, and a recent poll by UK newspaper The Mirror saw Kate voted the most popular member of the royal family, even beating the Queen.

Meanwhile, Harry is said to be increasingly unhappy with his life in LA, with a source telling The Sun that he has “gone from feeling excited about the move to feeling secretly tortured”.

In fact, we hear Harry’s decision to contact Kate is said to have come after he was criticised for appearing alongside his wife, Meghan, in what has been described as an “awkward” and “uncomfortable” video conference with young global leaders.

While body language expert Judi James told Femail that Harry appeared “trapped”, other viewers went as far as to say he looked like he was “being held hostage”.

And while there’s no doubt Kate has enough on her own plate, Phil says she would never turn her back on her brother-in-law and will always be there for him.

“Kate and Harry were thick as thieves. That’s what makes the situation even sadder,” Phil continues.

“When William and Kate split up in 2007, Harry kept in contact with her. He knew she was the right girl for William and told him so.”

As a result, Kate might be the only person to bring Harry back into the royal fold.

4 Reasons Why Anti Aging Products may not Work