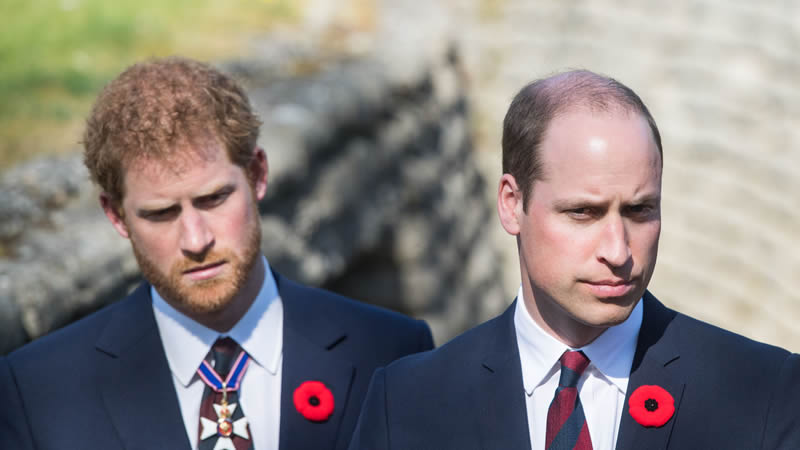 According to the tabloid, an insider told, “Judging from their stone faces and body language, it’s obvious they’re more estranged than ever.” According to the publication, William is “still reeling” from Harry and Meghan Markle’s “explosive” allegations against the royal family and Charles refused to see his younger son while in the UK.

The source goes, “Let’s just say The Firm didn’t exactly roll out the red carpet for Harry,” adding that Harry was “quite upset with the way everything went down, especially with William. They both feel they deserve an apology, but neither of them is prepared to back down.” Finally, another source concludes, “It seems more and more likely that this royal rift will never heal.”

The tabloid claims throughout the piece that image was taken of Harry and William during the occasion only serve to evidence that their relationship is more strained than ever.

So, is it true that Harry and William couldn’t put their differences aside while honoring their late mother’s memory? That appears not to be the case. While the newspaper goes on and on about how the brothers’ body language indicated that things were tense, other photographs that the tabloid ignores reveal the exact opposite. Also, images are showing them smiling as they spoke to one another.

Gossip Cop says, while the brothers are no longer as close as they once were, neither has ever publicly spoken ill of the other. Furthermore, both Harry and William designed and coordinated the unveiling of the Princess Diana memorial.