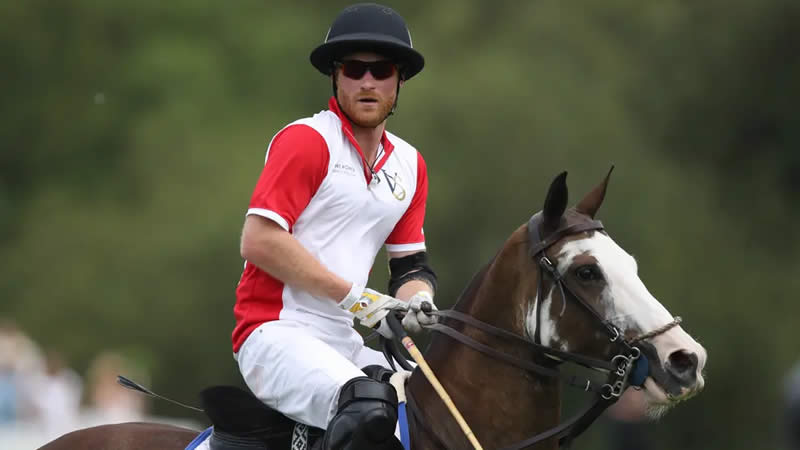 After contributing 1.5 million dollars (£1.1 million) from the revenues of his future memoirs to the charity he co-founded, the Duke of Sussex also played in a Sentebale polo match on Thursday.

Nacho Figueras, an Argentine polo player, and Sentebale ambassador will join Harry on the field in Aspen, Colorado.

The royal family is anticipating the release of Harry’s memoirs next year, which he wrote: “not as the prince I was born, but as the man, I have become.”

In 2006, Harry set up Sentebale in Lesotho in honor of his mother, Diana Princess of Wales, to aid vulnerable children in southern Africa who are impacted by great poverty, inequality, and the HIV/AIDS epidemic.

Last year’s Sentebale ISPS Handa Polo Cup was postponed due to the pandemic.

Harry expressed his delight at being able to support Sentebale in person and stated that his donation was one of several he planned to make to humanitarian organizations.

In a statement on the charity’s website, the duke said:

“Our refocused mission at Sentebale is about addressing the most immediate needs of vulnerable children in southern Africa, helping them access vital health services, receive necessary care, and build skills to be more resilient and self-sufficient in the future.”

He praised sponsors and those who have contributed to making the tournament, which will have fewer guests than usual, Covid-safe.

The duke further added: “The Sentebale Polo Cup is critical to securing the funds needed to advance this important mission, and I’m thrilled to be able to support Sentebale, both in person and financially through a separate charitable donation to meet this immediate need.

“This is one of several donations I plan to make to charitable organizations and I’m grateful to be able to give back in this way for the children and communities who gravely need it.”

As per the report of MSN, in a round-robin tournament, the duke will represent the Sentebale Team against the Royal Salute and US Polo Assn teams.

The match, according to Sentebale, was the charity’s single largest fundraising opportunity, and its postponement last year left the organization in need of additional support, with Harry stepping in to help.

It said, “Because last year’s Polo Cup was postponed and this year was significantly and rightfully reduced in size and scope, the organisation is in need of further support to continue its mission,” “To help meet this need, the duke is donating his time as well as honouring his personal commitment to donate a portion of his proceeds from his upcoming memoir by generously committing 1.5 million dollars to Sentebale.

“Sentebale is grateful for his personal contribution, which will allow the organisation to continue operating at full scale and continue providing critical services to at-risk youth in southern Africa.”

Tips to Choosing the Right Moisturizer for Your Skin

Ways to Make Life Easier for a Working Mother