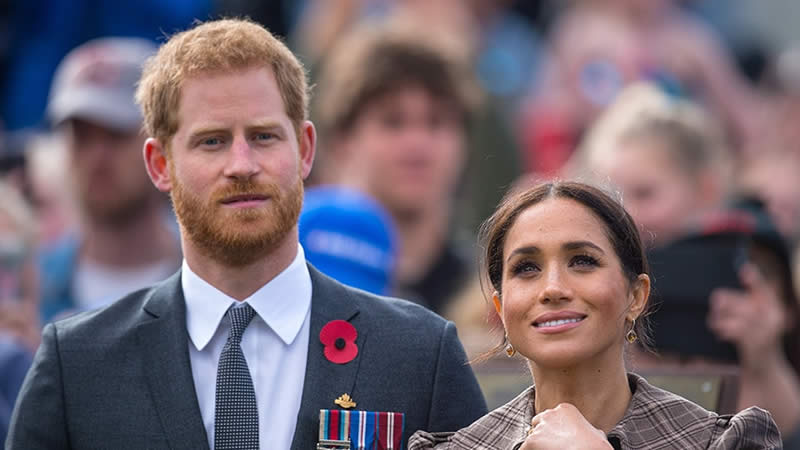 Prince Harry and Meghan Merkle stunned the world when they disclosed their decision to step down as Senior Royals and relocate to the United States. While many assumed the couple would spend their time between the UK and America, that hasn’t been the reality, with mum-of-two Meghan yet to return to the UK.

While Prince Harry has made two trips to his homeland, one to attend his grandfather Prince Philip’s funeral and another to see the unveiling of a statue in his late mother, Princess Diana’s, honor, Meghan has stayed in the United States.

Their tense relationship with the royal family has been reported widely, with the couple opening up to Oprah in an interview watched by millions about how a senior member of the monarchy made comments about how ‘dark’ their future son’s skin would be and whether or not he would receive a royal title.

Meghan and Harry also claimed that ‘The Firm’ did not take action when Meghan expressed concern regarding her mental health.

Lady Colin Campbell has now stated that Meghan and Harry are reluctant to return to England due to the ‘bad publicity around them in certain sections of the media.

The author of Meghan and Harry: The Real Story said in a YouTube video: ‘They know they are going to be subjected to a lot of bad publicity, and they have been warned.’

‘I am reliably informed that the bad publicity they are getting is affecting their brand. So really they have been warned off coming to England.’

Her remarks come after it was revealed that Harry would not be traveling to England for a delayed event to honor the unveiling of Princess Diana’s statue in July.

Due to scheduling restrictions, only a small group of people were able to attend the unveiling, with a larger celebration scheduled for a later stage. That event, held by William and Kate, is said to have taken place on Tuesday with 100 guests, including Elton John.

Prince Harry and Meghan’s daughter, Lilibet, have also never been to England to meet the rest of the royal family.