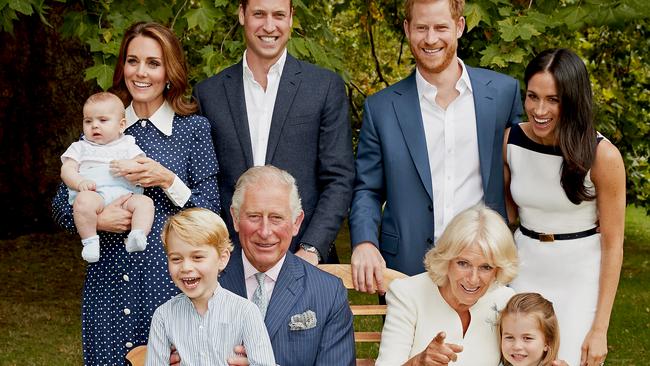 Princes William and Harry’s relationship with their dad Prince Charles “runs hot and cold” according to author Omid Scobie.

Scobie was being interviewed about the new royal biography Finding Freedom for UK TV show Royal Beat where he shared an insight into the brothers’ relationship with their dad, reports The Sun.

Interviewed by Kate Thornton, Scobie discusses the family portrait that was taken to mark the Prince of Wales’ 70th birthday.

Reports suggested that the photo, which featured the Cambridges and Sussexes alongside Charles and Camilla, had been an “absolute nightmare” to shoot because of the deteriorating relationship between Harry and William.

However, Scobie says that it was in fact the brothers’ relationship with their dad which was the issue.

Speaking in the interview, he said: “Someone close to Prince Charles (said) this was a headache to arrange.

“Of course schedules do come into that but the other reason I was given was that the boys have in the past run hot and cold with their father.

“He’s not just their father, he’s also the future king and their boss – he’s the purse keeper.

“There are many political things here which can feed into a very up and down relationship, and it was felt by those at Clarence House that it was a headache to put together.”

In the bombshell book Finding Freedom, the authors revealed how sources added the photo was difficult to arrange because “neither William nor Harry made much of an effort to make themselves available”.

Behind the heir to the throne in the photo, was the grinning Duke and Duchess of Cambridge, with Kate holding Prince Louis who playfully grabs granddad, and Harry and Meghan next to them.

The Prince of Wales was seen sitting on a bench with Prince George on his knee, and the Duchess of Cornwall and Princess Charlotte next to him.

Meghan and Harry’s unofficial biography was co-written by Omid Scobie and Carolyn Durand.

Meghan, 39, and Harry, 35, have insisted they had nothing to do with the book.

Scobie, who has close ties to Meghan, also said he had not spoken to them directly.

However, the authors’ note in the book says that, “when appropriate” they spoke to “the couple themselves”.

10 Bags That Every Woman Should Own

8 Reasons You Should Do Squats Every Day