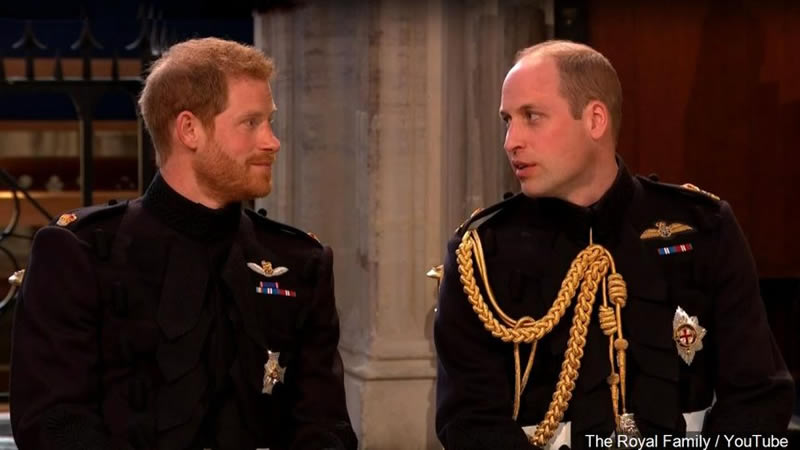 Tensions between the two brothers are running high and Prince William is reportedly ‘greatly concerned’ that his brother, Harry, will go ‘too far’.

According to a source, Prince William is worried that Prince Harry might go “too far with his truth bombs.” The future king is afraid that his brother’s public rant against the British royal family may continue and could quite possibly make things worse.

Speaking to The Mail, a friend of Prince William said he was “greatly concerned” about the accusations pertaining to Harry and Meghan Markle’s perceived lack of mental health support when they needed it.

A second inside source added on Friday night that Buckingham Palace has “concerns rather than fears” that Harry and heavily pregnant wife Meghan will make further allegations.

Last week, the Duke of Sussex told the talk show host in Apple TV+’s docuseries The Me You Can’t See that he faced “total neglect” from the royal family. “My father used to say to me when I was younger … ‘Well, it was like that for me, so it’s going to be like that for you,’” Harry said to Oprah Winfrey.

“As parents, as siblings, certainly from what I’ve learned, there’s an element of shame we feel because we’re like, ‘How could we not have seen it?’,” Prince Harry said.

The Duke added that from age 28 to 32, his life was a “nightmare” due to panic attacks and anxiety. Prince Harry admitted that shortly after this period in his life, he started attending therapy sessions.

The Me You Can’t See has received mixed reviews, with some critics arguing that the docuseries falls a little flat. “I have been knocking back the anti-emetic medication since the trailer dropped, and the series itself is as cloying as expected,” said journalist Lucy Magan writing for the Guardian.

Prince Harry ‘aware’ US election comments would cause royal ‘fallout’