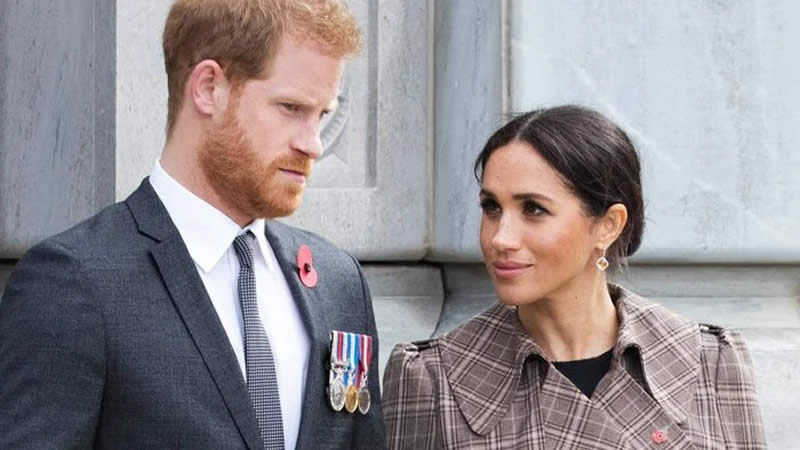 Harry and Meghan may not be able to christen daughter Lilibet in front of the Queen as they would like, according to a royal biographer.

The Duke and Duchess of Sussex had wanted Lilibet christened at Windsor in the UK. Son Archie was christened inside the Queen’s private chapel at Windsor Castle in 2019 with the couple later releasing photos of the occasion showing them with senior members of the monarchy.

But circumstances have changed dramatically since Archie’s birth with Harry and Meghan granting media interviews during which they have openly criticized the monarchy.

Royal biographer Angela Levin says Harry “cannot have his cake and eat it too” when it comes to his participation in the royal family and the inclusion of his children.

Levin tells GB News it isn’t just Harry’s past comments that are an issue for the monarchy but his plan to release a memoir in 2022, one he has promised will be “accurate and wholly truthful”, a memoir that may further damage the monarchy.

She says they are right to be concerned about Harry’s upcoming memoir.

“I think he will go as far as possibly can,” she speculates. “I don’t think there are any more boundaries for him.”

Leven continues: “I think that is a huge problem for the royals. It is like someone who has been caged, he said he felt trapped and now he has his freedom.

“And my goodness he is going to take revenge. That is a very important part of what he wants to do.

“However, I was told by someone who was well-informed that a lot of the book would be about Diana and her death and the people he didn’t like surrounding that.

“That very well might be the rest of his family.”

Leven speculates the public will get “quite exasperated by endless interviews and words about how badly he has been treated and how awful they are. Yet in the meantime, he wants to have baby Lilibet Diana baptized in Windsor.

“It’s a case of having your cake and eating it.”

It is understood Harry expressed his desire to have his daughter christened at Windsor during a recent trip to the UK to unveil a statue of his mother, Princess Diana, on July 1 which would have been her 60th birthday. He and brother Prince William unveiled the statue which has been positioned in the Sunken Garden at Kensington Palace.

Harry’s request has placed Queen Elizabeth in a difficult position. On the one hand, she wants Harry and Meghan to remain part of the family. On the other, she is reportedly greatly concerned about the impact their comments are having on the monarchy she holds so dear and has dedicated her life to.

She will also be determined to smooth the paths of Prince Charles and Prince William, the future kings of England.

It is understood Her Majesty has extended invitations to the Duke and Duchess of Sussex to attend key royal events in 2022 including the Queen’s Platinum Jubilee next year as well as Trooping the Colour.