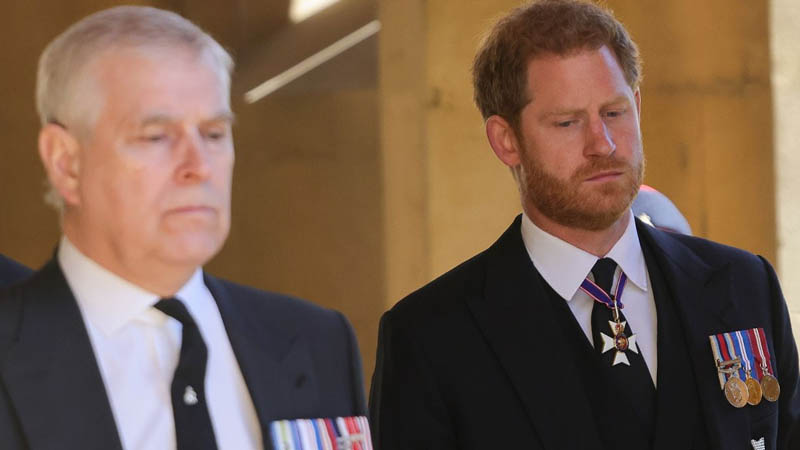 Prince Harry’s pals from his royal days think that the Duke has developed the “Prince Andrew complex” — fearing he’ll be ignored as interest focuses on the next generation of UK royals. Looking back, the father of 2 has previously admitted in interviews going back at least five years that he was concerned about “become boring” as people become more interested in his brother William’s kids, George, 8, Charlotte, 6, and 3-year-old Louis, the Times of London recently highlighted.

“Harry has always been in such a rush to make an ‘impact,’ because he thinks he has a limited shelf life before the public wants to hear more from George and his siblings,” one friend told Times of London.

“He worries that after that, he’ll turn into his uncle,” the friend said, referring to Andrew, who was refrained from his royal role after his involvement in the scandals surrounding disgraced financier and late pedophile Jeffrey Epstein. Harry’s friend told the UK paper that it explained why the privacy-obsessed prince seemed in such a rush to give high-profile TV interviews and tell his “truth” in an upcoming memoir.

Harry apparently also told a UK paper that he planned to use his “privileged position” for “good stuff” for “as long as I can, or until I become boring, or until [Prince] George ends up becoming more interesting,” she wrote.

“There’s nothing worse than going through a period in your life where you’re making a massive difference and then suddenly … you drop off,” he told a UK paper when he was 31. “You want to make a difference but no one’s listening to you,” he added.

Since then, Harry’s behavior is an alleged attempt at staying relevant and has driven his family, as well as once-loyal aides, to despair, insiders told the outlet. A former aide even went ahead and said that he hopes: “Now I hope everyone shuts the f–k up,” the anonymous ex-aide told Times of London.

The Royal Family Deliberately Breaking Ties With Harry, Meghan, and Kids Due To New Drama