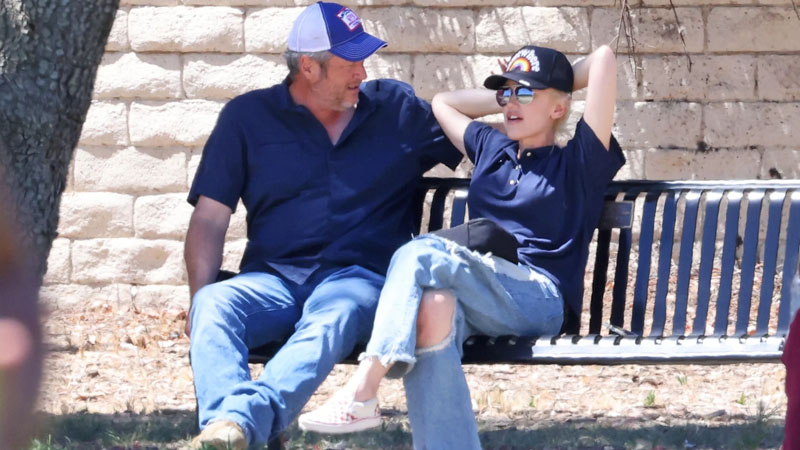 Gwen Stefani and Blake Shelton have their fans on high alert because their highly anticipated wedding might be happening this weekend. The tipoff came when TMZ reported that the longtime couple had filed for a marriage license, and in the state of Oklahoma, they only have 10 days to use it or lose it.

A source close to the entertainment site is suggesting that a Saturday walk down the aisle might be happening along with a full holiday weekend of events in honor of the Fourth of July. They reportedly have a Plan A (outdoor chapel on the ranch) and a Plan B (inside) in case it rains. Shelton has left his bride-to-be to do most of the planning, especially when it comes to the menu.

“It would be a pretty classless wedding if I was in control of any decisions, especially to do with food — if I was picking our meal, it would just literally be everything fried. French fries, chicken tenders, you know, all of that stuff, he told USA Today earlier this spring.

And it seems like Stefani is keeping true to her word when she told Seth Meyers on his late-night show that the wedding is going to be “very simple” with only her “mom and dad” and “just family” on the invite list. According to TMZ, it’s going to be close family only this weekend with a private plane shuttling people from LA to Oklahoma.

That’s a totally different wedding than they originally planned, which was going to be a star-studded, A-list affair, but the pandemic changed all of that. But the pop star doesn’t seem to mind, she’s ready to marry her country boy after five years of patiently waiting.

Camilla cannot be queen once Prince Charles succeeds the throne