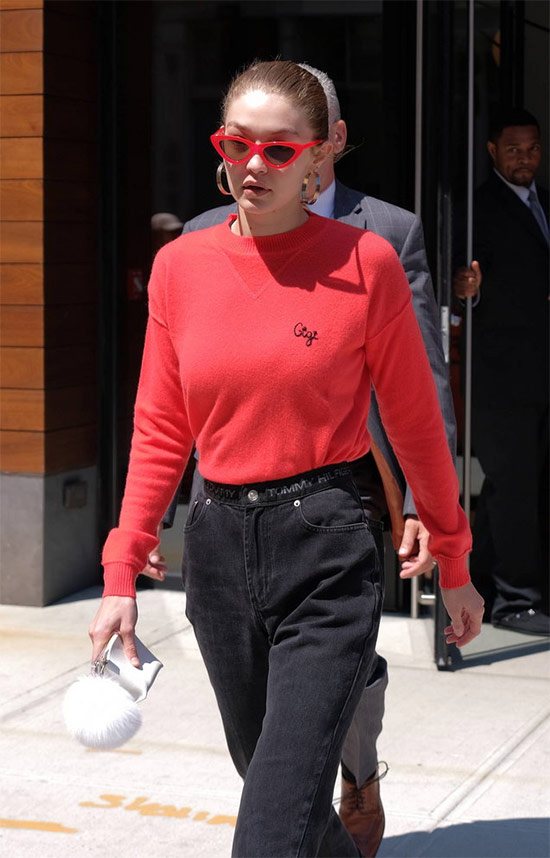 The American models have posed in a variety of striking ensembles for the Italian luxury brand’s new collection, which was designed to celebrate unity and hope. In one shot, Zayn Malik supermodel girlfriend Gigi sports bright red tips in her blonde hair, while modelling a dark blue dress, while in another close-up, the 22-year-old sports a black and white dress with sheer skirt, which is printed with the words “love” and “power”.

Gigi Hadid stands alongside Taylor, who is wearing a long red skirt and beanie with the word “equality” across the front, in a group shot, also featuring Italian star Vittoria Ceretti and Argentinian model Mica Arganaraz.

Speaking about the inspiration behind the concept, designer Donatella Versace reveals she wanted to convey some very positive messages: “It is about the unity, love and togetherness that we all need, no matter who we are or where we come from,” she says.