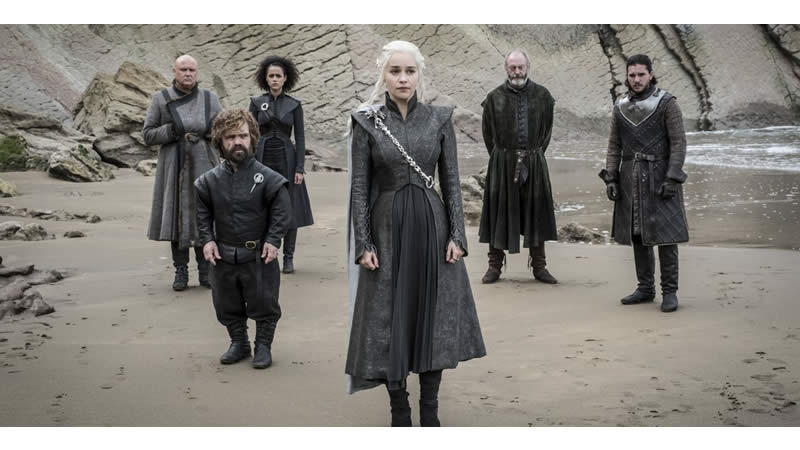 Game of Thrones prequel series House of the Dragon begins shooting next month, an animated spin-off is being planned, and a show based on George RR Martin’s Tales of Dunk and Egg novellas might also be coming.

However, it looks like there could be even more Westeros on the way.

According to Deadline, 9 Voyages is currently the only one which has a creative team behind it. Martin is working on the potential show alongside The Mentalist creator, Rome co-creator and Gotham producer Bruno Heller.

The title relates to the long voyages at sea aboard the Sea Snake ship made by Lord Corlys Velaryon and later his grandson, Lord Alyn Velaryon. Many ships of Westeros had sailed as far as Qarth to trade for spices and silk, but Corlys dared to go farther, reaching the fabled lands of Yi Ti and Leng, whose wealth doubled that of House Velaryon in a single voyage.

Flea Bottom, which is featured in the first four seasons of Game of Thrones, is the most downtrodden part of King’s Landing, the capital of the Seven Kingdoms of Westeros.

The poor and undesired live here, as do many prostitutes and thieves. Important people originally from Flea Bottom include Ser Duncan the Tall, a future Lord Commander of the Kingsguard, and Lord Davos Seaworth, future Hand of King Stannis Baratheon.

Finally, 10,000 Ships references the journey made by warrior queen Princess Nymeria and the surviving Rhoynar after their defeat by the Valyrian Freehold in the Second Spice War. This Rhoynish migration occurred about a thousand years before the start of A Song of Ice and Fire.

Although it’s likely not all three of these ideas will actually come to fruition, HBO boss Casey Bloys outlined his vision for the network’s post-Thrones future last month – and it seems there isn’t an actual set number of prequels in mind.

“I’d rather not come up with like an arbitrary number – I want three shows or five shows or 10 shows or whatever it is,” he said. “I really try to talk to the team about what are the stories we’re telling, what are the characters worth highlighting?

WhatsApp rolls out an update