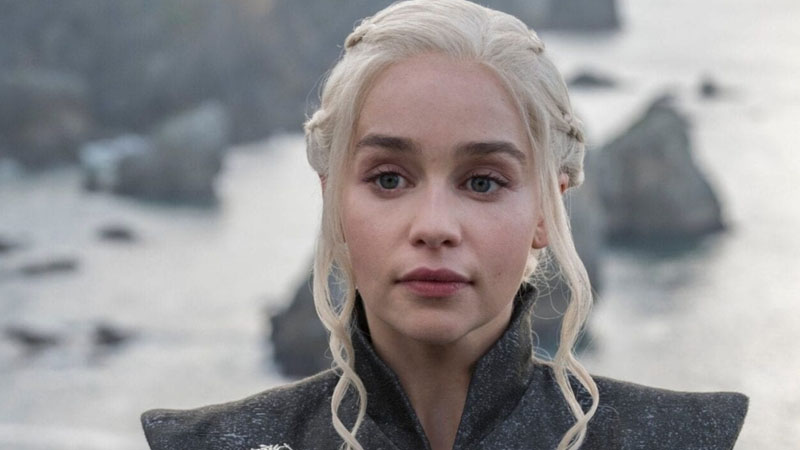 American fantasy series Game of Thrones has developed a loyal fan following but the series fans are still not happy with the creator of the series over how the series was concluded.

Even more than two years after the finale of the Game of Thrones series, fans still want the series end to be remade.  The fans did not expect Daenerys Targaryen played by American actress Emilia Clarke to burn down the city of King’s Landing.

Also, her character, commonly known as the mother of dragons, dying at the hands of Jon Snow did not go down well with the fans, who asked the same question from actress Emilia Clarke.

The actress is promoting her comic book M.O.M. Mother of Madness. Responding to the query, she came up with a universal truth when she said it is “utterly impossible” to please everyone.

“I get why people were p***ed. I totally get it,’ Clarke said while appearing on the Happy Sad Confused podcast with Josh Horowitz. “But me being the actor, you can’t do justice to the character that you’ve poured your blood, sweat and tears into for a decade without getting on the same page. Do you know what I mean? So like, I’m not going to be there being like, ‘Fine, I’ll do the scene, whatever. So p***ed.’”

After so much time after the series came to a close, the same question being asked again and again exasperated Emilia Clarke who said being an actress, she is bound to do what is the need of her character as per the directions. “You have to turn up.

Yes, I have a certain amount of autonomy over what flavor that might take, but the editor decides what it looks like, and the writer decides what I’m saying, so you’ve just got to go in and try and give it as much truth and honesty and of yourself as you possibly can,” she added.

However, Emilia Clarke indicated the unexpected turn of events in the concluding season shocked her when she first read the scripts. The actress ended the entire discussion funnily.

“Aside from what people were saying to me personally, I was completely largely unaware of what anyone was saying about anything, so when this kicked off, I kind of was like, well, I’m going to carry on doing what I’ve always done.’ Cause if you read everything on every Reddit page, I would have jumped out a window by now,” she added.

Ben Affleck Says Ex J.Lo Looks ‘The Same As You Did In 2003’ In Flirty Interview