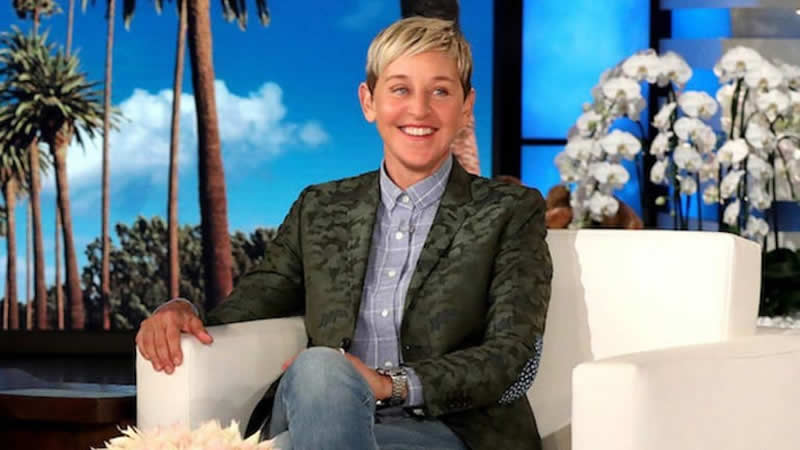 Are Ellen DeGeneres and Portia de Rossi fighting over money? One report says the two don’t know how to survive once the Ellen DeGeneres Show ends. According to Woman’s Day, DeGeneres is struggling after having to end her long-running talk show early as a result of allegations that the program was a toxic work environment behind the scenes.

She and de Rossi were recently spotted looking tense in Montecito. An insider says the source of trouble is money. The source explains, “This was her show and her fall, so by the time the team got paid out, there wasn’t anything left for Ellen.”

The couple is reportedly now worried about paying the bills. The insider concludes, “They have a lot of cash tied up in property and all their multimillion-buck real estate investments aren’t the ‘quick sale’ kind.”

The outlet uses a photo of the couple looking stern and circles the phone in de Rossi’s hand. Beside it is the caption “Calling in the lawyers?” The phone’s not even up to her ear! This is some of the loftiest evidence Gossip Cop has ever seen — there’s no way of knowing if de Rossi’s phone was even on.

Forbes estimates DeGeneres’ net worth to be $370 million, making her one of America’s richest self-made women. She has loads of income streams outside of The Ellen DeGeneres Show, so its conclusion doesn’t signal financial ruin. DeGeneres could lose millions every year for a century and she’d still be extremely comfortable. This story is absolutely ridiculous.

Woman’s Day maintains that DeGeneres has a secret son, but she’s publicly said that she doesn’t want children. It also reported that de Rossi would break up with DeGeneres over the bullying accusations. This was hardly an original report.

Every couple of months, this tabloid runs a story about de Rossi and DeGeneres drifting apart, and yet they’re still together. These stories shatter whatever credibility the magazine pretends to have. This tabloid has no insight into DeGeneres’ life and apparently thinks she’s living paycheck to paycheck. With a terrible track record and no evidence other than the fact that Portia de Rossi owns a cellphone,