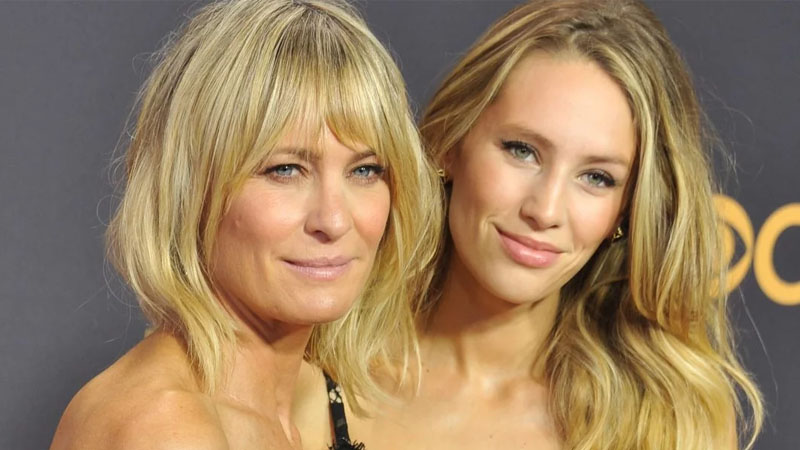 The 30-year-old actress — who is making her starring-role movie debut alongside dad Sean Penn in the new drama Flag Day — recalls having to watch mom Robin Wright in a movie at school when she was a child.

“The teacher put on a movie for the class to watch, and it was The Princess Bride,” Dylan tells PEOPLE, referring to the 1987 fantasy-romance epic starring Wright, now 55, and Cary Elwes.

According to the daughter of Wright and Sean, 60, “All the boys in my class starting talking about how pretty my mom was!”

Wright starred as Princess Buttercup in the movie, which would serve as her breakout film role after starring as Kelly Capwell on the soap opera Santa Barbara.

In September, the actress reunited with several of her Princess Bride castmates (including Elwes, 58, Mandy Patinkin, Billy Crystal, Carol Kane, Chris Sarandon, Wallace Shawn, and Christopher Guest) for a virtual table read of the iconic film.

Moderated by Patton Oswalt, the 3-hour event also included director Rob Reiner, as well as guest stars Finn Wolfhard, Josh Gad, and Whoopi Goldberg, who stepped in for actors who were not available.

According to the Milwaukee Journal Sentinel, more than 110,000 people donated at least $1 each, benefiting the Wisconsin Democratic Party, to tune into the virtual reunion.

As for Dylan’s role in Flag Day, which is based on a true story and made its debut at Cannes this year, she plays Jennifer Vogel, the daughter of Sean’s John Vogel, a man who raised her in a fantastical world but has a con-artist past that Jennifer is forced to come to grips with as an adult.

And Wright — who was married to Sean from 1996 to 2010 and with whom she also shares son Hopper Penn — is a big reason Dylan agreed to star in Flag Day, which also features an appearance from brother Hopper, 27.

“She very simply said, ‘I’ve never worked with a better director than your dad. It was the most amazing experience I’ve ever had as an actor,’ ” Dylan said of Wright, whom Sean directed in 2001’s The Pledge. “So I trusted that.”