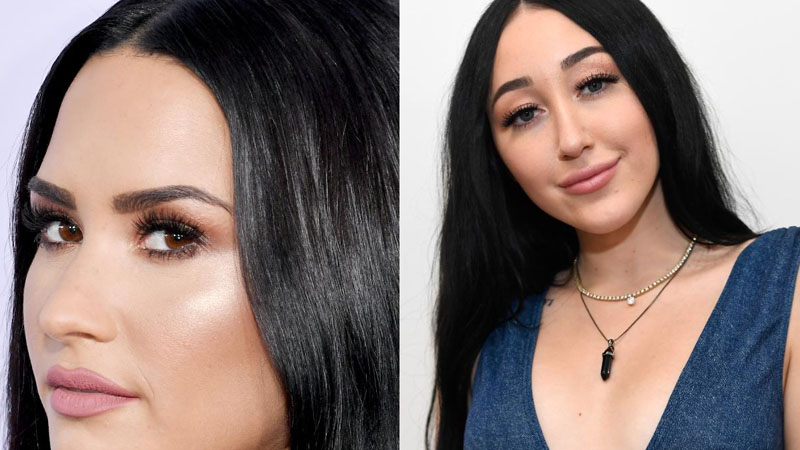 Singer and former Disney star Demi Lovato was recently spotted with Miley Cyrus’ younger sister Noah Cyrus and now the two are fuelling romance rumors! The duo, who stepped out for a fun-filled outing at the Space Jam: A New Legacy party, were spotted holding hands at the theme park.

While the duo has known each other for a long time, they most recently worked together on their song “Easy” earlier this year. This outing comes in the wake of Demi’s announcement–which stated that she identifies herself as non-binary uses they/them pronouns.

According to Page Six, the singers were also joined by Demi’s longtime friend, Matthew Scott Montgomery. The duo also performed together for YouTube 2021 Pride last week. “Thank you @noahcyrus for closing out the night w me for @youtube’s pride 2021 celebration,” the Dancing with the Devil… the Art of Starting Over singer wrote on Instagram.

“I’m so happy we finally got to sing our song together #Easy.” Noah responded, “thank you for having me you [sic] were effortlessly perfect, and I’m not in awe of u.” Back in March, Page Six reported through a source that the superstars were “very close” after recording their song “Easy” together, hinting that they had a fling.

However, an insider close to Demi called the romance rumors “weird” and reiterated that “they’re not dating.” “They have dinner sometimes, but they’re not romantic,” the source told the outlet at the time. “They got together for this song that sorta came together a bit last minute, and they hang out.”