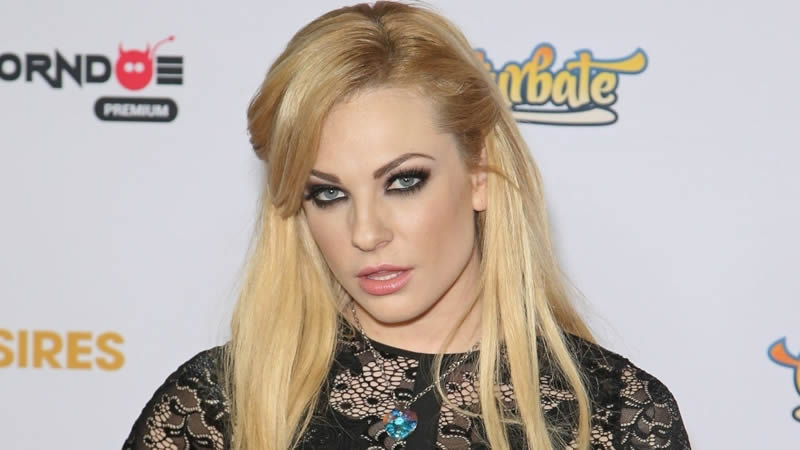 Dahlia Sky, a veteran adult film actress, was found dead at an apartment complex in the San Fernando Valley, California on June 30, the Los Angeles Police Department said. She was 31. Her death is being investigated as a “potential suicide.”

The case is being investigated as suicide while police await results from the Los Angeles County Medical Examiner-Coroner’s office. The cause of death has not been determined yet either, but Peteque said the investigation is “leaning towards” suicide because no evidence of foul play has been found.

The performer’s career began in 2010 when she used the name Bailey Blue. She was forced to change her performing name to Dahlia Sky after she received a cease and desist order. She earned several award nominations during her career and had over 600 credits to her name.

JHP Films owner Hans, who produced one of Sky’s 2020 movies, told AVN Sky was battling depression after she was diagnosed with stage four metastatic breast cancer.

“During her last year, I spoke to her several times about life. It was not an easy ride for her,” Hans told AVN. “This will take a long time to get over if it’s even possible. Dahlia Sky, you beautiful soul, you funny, complicated, and warm-hearted friend! I am going to miss you so much.”

Axel Braun, who directed Sky in Terminator and Star Trek parodies, told AVN her death was “extremely heartbreaking.” He praised Sky as a “really sweet girl” who always brought “her A-game as a performer, but she was also a very talented actress and a real trouper.”

The director went on to say Sky was “super funny and she had a big heart, but unfortunately, her battle with breast cancer took a toll on her mental health and she struggled with depression, as most people would. My heart goes out to her family and loved ones, we lost a beautiful soul.”

Sky’s real name was Melissa Sims-Hayes. Her family and friends launched a GoFundMe account to pay for funeral expenses. According to a statement from Sky’s mother, she was homeless at the time of her death. The fund has already reached the $10,000 goal.

“I had the opportunity to direct many many talented performers during my time with Wicked. Dahlia Sky was one of my absolute favorites,” Stormy Daniels tweeted. “She was also a friend. I am heartbroken to hear of her passing. She is the third death I’ve learned of in the last 24 hours. Life is so fragile.” – popculture

9 Easy Outfit Formulas That Will Flatter Your Curves Every Time

Obama Charges on the US President, says Biden ‘finishing the job’ my admin

Man killed his wife and dog while hallucinating they were ‘demons’