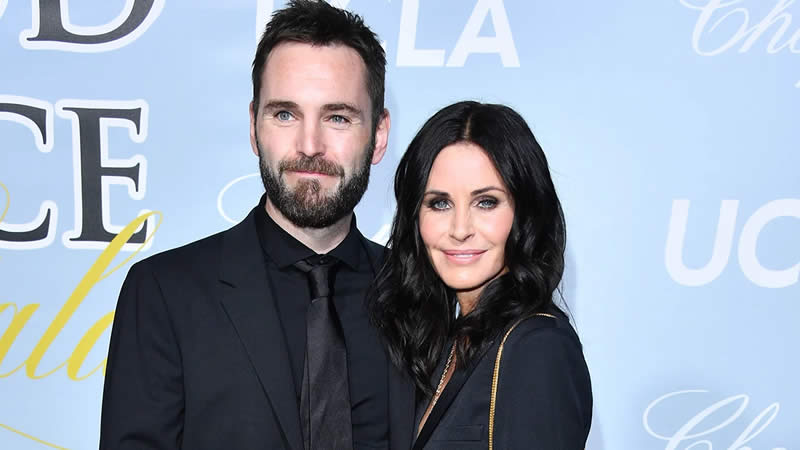 Courteney Cox and Johnny McDaid are not just back together after nine months apart due to lockdowns and various travel prohibitions, but they are also planning their wedding.

According to reports, the couple will marry in a private ceremony in Northern Ireland in December.
As per Evoke, in addition, Courteney has invited Jennifer Aniston, her Friends co-star and bestie, to serve as maid of honor alongside her 17-year-old daughter Coco.

Yes, all going well, Derry could have some very famous visitors this Christmas, as the couple hopes to celebrate their union in Johnny’s hometown.

According to Closer Magazine, a source told that Courteney and Johnny’s time apart was a huge wake-up call,’ prompting them to say ‘I do’ as soon as the restrictions were lifted.

‘They’re planning an intimate winter wedding in Johnny’s hometown of Derry, Northern Ireland, in December at a local church, followed by a big party at a romantic castle nearby set in 1,000 acres of private land,’ the insider divulged.

They also stated that the Scream actress can’t wait to become Mrs. McDaid.

Courteney recently posted a sweet photo of the couple on Instagram to celebrate their eighth-year anniversary. She captioned a photo of Johnny asleep beside her in bed: ‘8 years later… I asked him to come up with a caption and he fell asleep. Still got it. Happy Anniversary xoxo’.

Johnny celebrated his 44th birthday during the lockdown, and it was on social media, too, that Courteney sent a beautiful tribute to him confessing that she missed him ‘madly.’

‘It’s been 133 days since we were last together. Covid sucks,’ she wrote. ‘Happy Birthday J. I loved our lunch/dinner (LA/London time) Zoom date today. I miss you madly.’

Courteney and Johnny have been together since 2013, and they got engaged in 2014 before eventually breaking it off, though they still remained together.

Halle Berry Poses In A Sheer Red Dress For A Photo Shoot With Her Boyfriend, Van Hunt