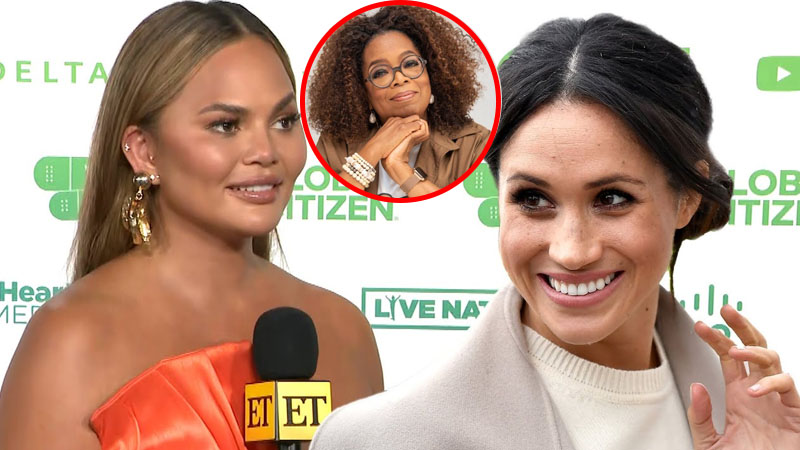 Chrissy Teigen is staying low amid her cyberbullying scandal. The model recently made a public apology via a Medium post for her “past horrible tweets.”

She apologized to everyone saying, she was a “troll” and that she did it to gain attention and believed that it was harmless at the time. Although it seems, Teigen is not satisfied with her apology and is hoping to detail more about her past behavior in. a tell-all interview.

As per Rob Shuter, Naughty But Nice podcast, an insider has informed that Teigen wants to have a sit-down interview with Oprah Winfrey where she can explain “her truth.”

The source informed on the podcast, “Chrissy is in talks with Oprah to do a Meghan Markle sit-down type interview and tell her truth. Chrissy is a fighter and believes that she is such an excellent communicator that there isn’t a mess she can’t talk her way out of!”, via Metro UK.

Ever since Courtney Stodden opened up about Teigen sending her DMs and tweeting nasty things about her, there are others too who have accused Chrissy of cyberbullying.

While Chrissy has till now shared two apologies, one specifically towards Courtney and another about her past behaviour towards everyone online, she hasn’t yet given any interviews regarding the controversy.

The source claimed that Teigen has been approached by several porters but “Oprah is her first choice.” The source further added, “If Oprah can forgive Chrissy, then so can the nation.”

Recently, Teigen’s husband John Legend was asked about her as he left his LA home by the paparazzi and the singer quipped that, “She’s doing great.”

The Day Will and Kate Got Married, review: enjoyable and intimate – but with the odd sour note