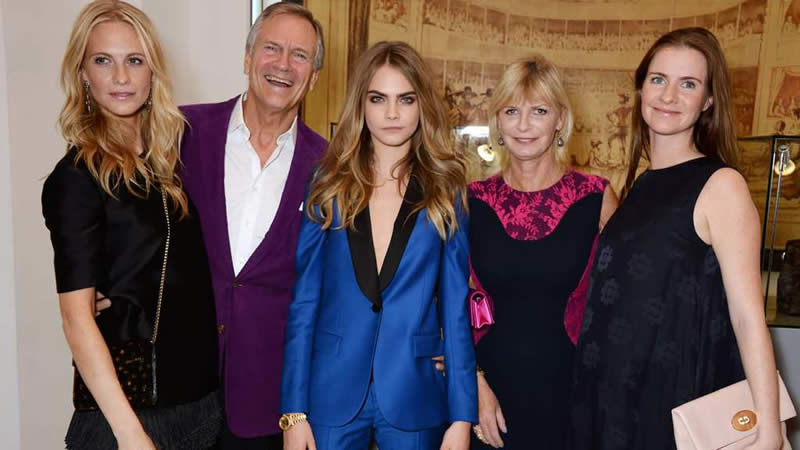 SUPER-rich Cara Delevingne and her family have used the Covid furlough handout scheme to claim cash for their vast property empire.

Britain’s wealthiest and most successful supermodel, 28, is a director of Harvey White Properties Ltd, alongside her dad Charles and her two older ­sisters, Poppy and Chloe.

The business boasts a portfolio of posh homes and investments worth £45.5million, according to its most recent official accounts.

Yet it appears on the Government’s newly published list of those claiming relief as a result of the pandemic.

The schemes are available to all eligible businesses but the Delevingnes’ use of the taxpayer money is likely to raise eyebrows due to the millions they have in the bank.

Cara is estimated to be worth about £30million and earned £15.7million last year alone.

Harvey White Properties is thought to employ five staff — but it is not known how many of those were put on to furlough schemes.

A source said: “It has been a tough year for everyone and landlords have obviously been hit hard but it’s still surprising people who are known to be very wealthy appear to have claimed taxpayer-funded handouts.

“Obviously, there’s no suggestion of any wrongdoing at all. It’s totally above board but it’s just not necessarily what the public would expect.”

Last night, Charles, 71, confirmed he has been using the furlough scheme to pay members of staff.

He did not comment further but it is understood his company has been forced to halve rents during the pandemic.

A source close to Mr Delevingne insisted he could not afford to keep the company afloat on his own, saying: “Just because Cara has loads of money, doesn’t mean the company does.”

This Is How Many Calories You Burn From Walking

How To Style Cardigans This Fall And Look Modern