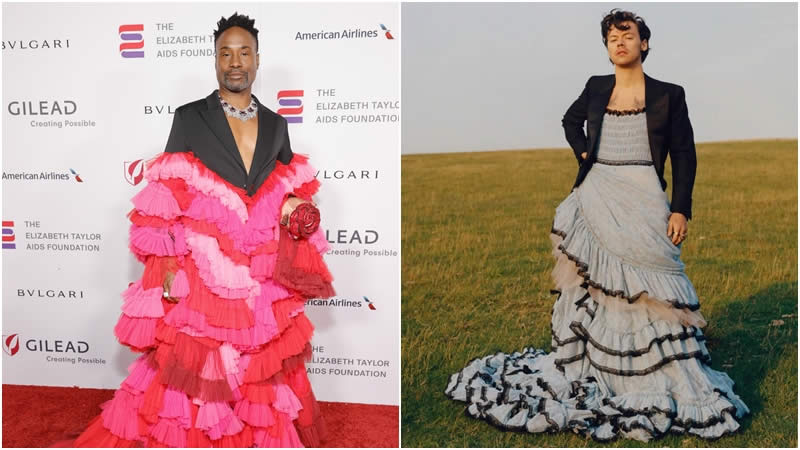 Billy Porter, an American actor, and musician claims Harry Styles was the first man to wear a dress on a Vogue cover, but that Porter was the one who started the trend.

In an interview with The Sunday Times, ahead of the release of his new memoir, Unprotected: A Memoir, he discusses how he overcame adversity. Porter claimed credit for males wearing skirts and dresses in a memoir, saying that he “changed the whole game.”

Porter told the outlet, “I was the first one doing it and now everybody is doing it.”

Porter further said that he believes the fashion industry welcomed him because “they have to.”
“I created the conversation [about non-binary fashion] and yet Vogue still put Harry Styles- a straight, white man- in a dress on their cover for the first time,” he added.

As per Indy100, Styles hasn’t publicly labeled his sexuality, but he has been a supporter of the LGBTQ+ community.

Styles has also stood out from the crowd over the years thanks to his extravagant costumes on tour & his daring fashion choices in general. Styles admitted to Vogue that he doesn’t like to be boxed in when it comes to fashion.

“He doesn’t care, he’s just doing it because it’s the thing to do,” Porter continued, insisting that he wasn’t dragging the singer.

Porter claimed that he had to work hard his entire life to get to where he is now and to be respected, but Styles only needs to be “white and straight.”

Last November, Candace Owens, a conservative commentator, and LGBTQ+ community member criticized Vogue for featuring Styles on its cover, claiming that the fashion magazine was focusing on a white, cisgender male in a movement mostly led by transgender people of color.