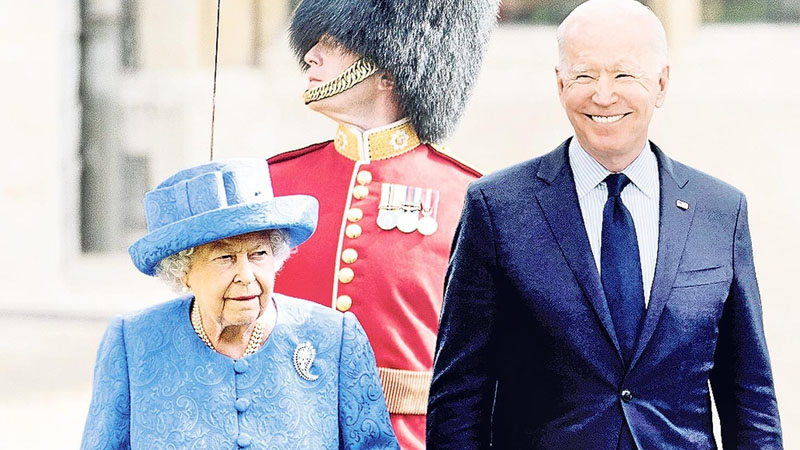 Since the number of vaccinated Americans has been increased, people are heading to their most awaited vacations called ‘VAXations’. Similarly, Mr. & Mrs. Biden are also embarking on some exciting international excursions of their own — and soon!

As per Buckingham Palace, the Bidens are moving to the UK to meet Queen Elizabeth II in late May. Seemingly, our POTUS has been in regular communication with the monarch over these past months of intense royal family drama after Prince Harry and Meghan Markle’s bombshell Oprah interview, and we are keen to know the other aspects of the revelations we have missed.

On June 13 at Windsor Palace which is a historic English landmark and second royal residence for Queen Elizabeth II, who especially enjoys the estate as a “weekend home”, the meeting is expected. This palace has also witnessed Harry and Meghan’s marriage ceremony.

According to Huffington Post, this is hardly the Bidens’ first communication with the Queen. “The queen privately sent a note of congratulations to Biden on Inauguration Day in January,” the report notes, and “following the death of Prince Philip in April, Biden expressed his condolences to the queen.”

In the meantime, communication between the Queen and her family and Harry and Meghan has been not smooth as silk, with the ex-royal’s latest trip to the UK for Prince Philip, Duke of Edinburgh’s funeral the conversation was observed as a cold war.

While of course, Biden doesn’t represent Harry and Meghan in any way, we can’t help but hope that one day the Bidens, Harry and Meghan, Queen Elizabeth, and even Prince William and Kate Middleton could all be in the same room together one day. It’s happened for president’s past, and we hope it can happen again.

7 Beauty Must Dos for the Quintessential Corporate Woman