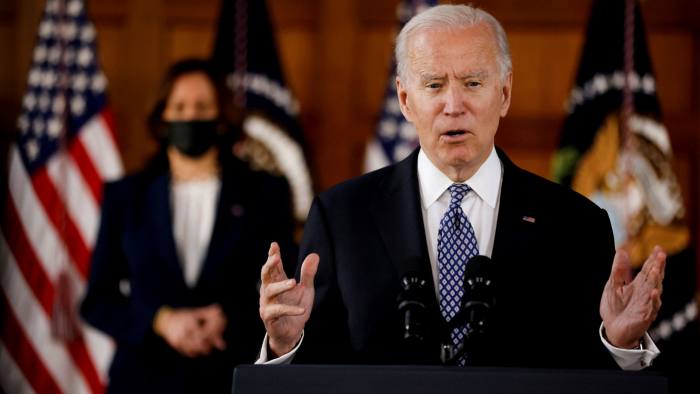 If President Biden makes good on a recent White House promise that he’ll field questions from a roomful of reporters for the first time on Thursday, he will be doing so on his 65th day since taking office.

Wednesday marked the 64th consecutive day the nation’s 46th president did not do a news conference with the White House press corps.

That stretch has been marked by several near-misses of interactions with the media:

On March 3, for example, Biden appeared ready to handle some questions from reporters during a virtual news conference with House Speaker Nancy Pelosi, but the video feed of the event suddenly cut off.

“I’d be happy to take questions if that’s what I’m supposed to do, Nance,” Biden said, just before the event suddenly ended.

On March 10, Biden was just a few feet away from reporters shouting questions while visiting a hardware store in Washington, D.C., but the president’s aides quickly stepped in, The New York Post reported.

The Biden administration’s seeming reluctance for the president to meet face-to-face with multiple journalists – all of them eager to acquire answers on a variety of topics – has been noted in recent weeks by Fox News as well as other outlets.

In fact, Biden’s two-month-long stretch of avoiding a news conference is the longest in a century, since President Calvin Coolidge, known as “Silent Cal,” according to The Washington Post.

Through Saturday, Biden has opted instead to speak with reporters only in direct TV interviews with a single news organization, or in informal settings during his daily duties rather than during an appearance in the White House briefing room or other venue.

Last Friday, one academic wrote there were at least four reasons why a president might want to avoid doing press conferences.

David Clementson, an assistant professor of journalism and mass communication at the University of Georgia, shared his observations on the website The Conversation.

The reasons, Clementson wrote, are: to avoid appearing to publicly dodge questions, to avoid having to respond to questions for which there are no good answers, to avoid situations in which a president just “can’t win,” and lastly, to avoid divulging too much information.

It’s obvious that all presidents will draw at least some criticism after any news conference, given the partisan makeup of much of the country, the professor notes.

“Even without journalists’ interference,” Clementson adds, “presidents will be disbelieved by about half the populace, and the more they talk the more they become unpresidential.”

But the professor asserts that each president has an obligation to the public to answer reporters’ questions from time to time, as part of a demonstration that the nation’s commander-in-chief is being held accountable for his actions.

He notes that the White House Correspondents’ Association accused Biden of lacking “accountability to the public,” after Biden’s 50th day of avoiding reporters.

Kamala Harris laughs after reporter asks if she plans to visit border: ‘Not today!’

Dating can be tough! Here’s some dating advice to assist you on your next date

COVID-19: William Shakespeare is dead, first man in world to get approved vaccine