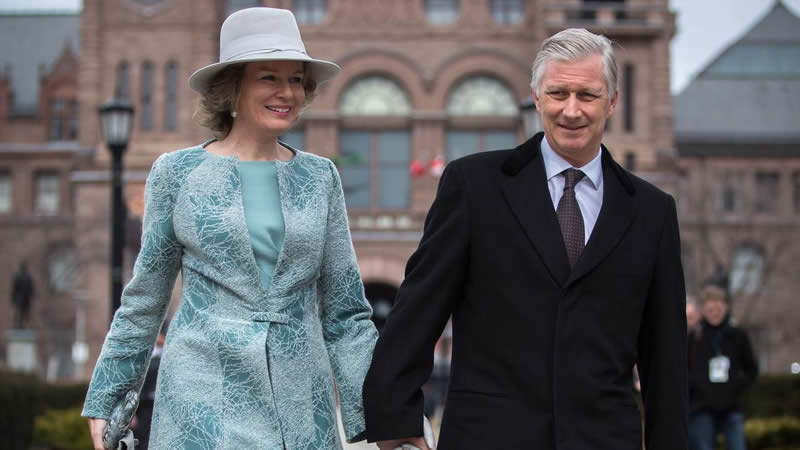 After a family member tested positive for COVID-19, Belgium’s King Philippe and Queen Mathilde canceled all public appearances from Thursday.

The king and queen have chosen to limit their contact in the coming days, according to the palace. A spokesperson declined to identify which family member had produced the positive test.

According to public broadcaster VRT, it was one of the monarchs’ two younger children, 15-year-old Emmanuel and 13-year-old Eleonore while the king and queen had both tested negative.

The king and queen’s planned events up to and including Monday have been canceled or postponed, as per the palace. They included an audience for everyday “heroes” on Thursday and attendance at an international athletics meeting on Friday.

Coronavirus pandemic has killed more than 4.5 million people and infected over 219 million globally.

Corona Virus has been on a rampage around the globe. Belgian King and Queen are not the first of the Royals globally to be affected by this Pandemic. With 149,212 Covid cases registered in Norway, including 811 deaths, Princess Ingrid Alexandra became the first member of the Norwegian royal family suffering from Covid. After testing positive for the virus, Ingrid was isolated at her family’s home, the Skaugum Estate.

As per Express, the Duke of Cambridge and Prince of Wales also tested positive for Covid in April and March 2020 respectively. While according to Sun, William kept his positive test result in a secret because “there were important things going on and I didn’t want to worry anyone”.

Prince Harry and Meghan Markle to dip their toes into wine-making, claim expert