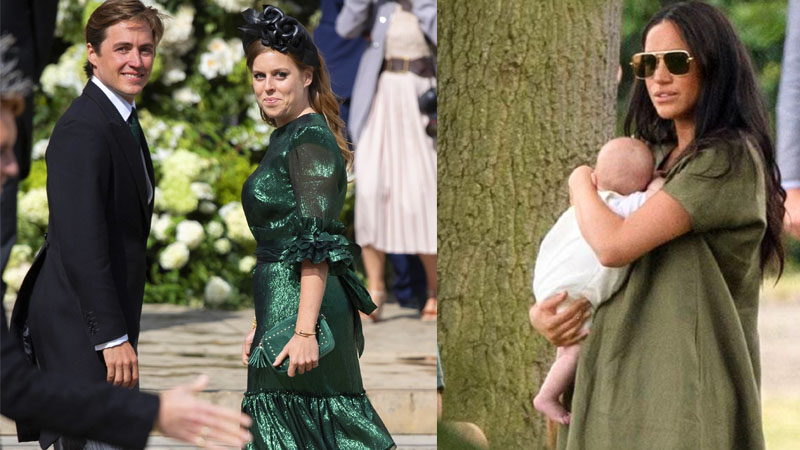 Prince Harry and Meghan Markle announced the arrival of their daughter ‘Lilibet’. That is surely the Queen’s lifelong personal nickname. This name caused too much confusion as we have seen recent public attacks on the royal family.

Therefore, Princess Beatrice is expecting the first child with her husband Edoardo Mapelli Mozzi it was a lot more personal. “Beatrice got teary when she heard they’d gone with Lili,” as per sources.

“And with good reason. Everyone knew she had planned ever since she was a little girl to call her firstborn daughter Lily, inspired by her grandmother. Now that dream is in tatters, and she’s heartbroken.” Beatrice, 32-year-old is10th in line to the throne, now that Harry and Meghan have welcomed their second baby, has reportedly opted not to find out the gender of her child.

However, an insider says, “She feels in her heart that the baby will be a girl.” Princess shares a deep and close bond with her grandmother, 95, who invited the Queen last July at her socially distanced lockdown wedding last July. For the intimate occasion, the Queen loaned Bea one of her most famous white dresses as well as the Queen Mary Tiara, which Her Majesty wore on her wedding day.

“After everything that Meghan and Harry have done, Prince Charles may choose not to give their kids princess and prince titles when he becomes king,” says a source. “But Bea has something they don’t – another avenue into getting her future child a title. Edo is a count through the Italian side of his family and they’re looking into whether Baby Mozzi may be eligible to inherit it.”

The thefashioncentral feels sorry for Beatrice, but one thing here to be noticed is that she is expecting a baby girl to whom she was going to name. She will find a better name for her.

Why Americans Are Anxious Over A Picture of Jill and Joe With Queen Elizabeth II?

London Fashion Week: Everything you might have missed from the weekend

Prince Harry wants son Archie to Play Rugby in the US